10 Half Marathons on Islands Around the World 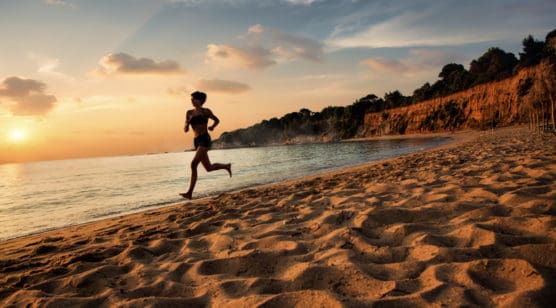 The course of the mid-August Reykjavik Half Marathon is one loop that starts and finishes near city hall in downtown Reykjavik. A large number of hotels are within a 10 minute walk to the starting line, making race logistics easy for visitors.

Runners will follow a course through a residential area, along the sea, and in view of Esjan Mountain and the Snæfellsjökull glacier. This flat and fast course is a perfect beginning or end to a trip to the island country of Iceland!

Held every year since 2008, the late February Seychelles Half Marathon was create to contribute to Seychellois health, to unify Seychellois and visitors, as well as bring Seychelles to the attention of more travelers.

This archipelago country in the Indian Ocean has a population of less than 100,000 and much of the 115 islands that make up the country are uninhabited. Runners will enjoy a flat and fast course that is an out-and-back along the waterfront, one of the draws to this island country.

Despite the mountainous terrain that makes up the majority of the island, the Gran Canaria Half Marathon is a flat and fast course. Held in the capital city of Las Palmas, the January race is now for great weather and an even better atmosphere.

The lollipop-shaped course runs through the center of Las Palmas as well as the oceanfront, offering runners incredible views along the way. Come for the race and stay for a beautiful vacation!

Held in June and offered by the company Marathon Tours, the Madagascar Half Marathon is a unique adventure. Known as the Eighth Continent and earth’s fourth largest island, Madagascar is full of exotic flora and fauna as well as incredibly varied terrain.

The marathon and half-marathon will be held in Isalo in the south central highlands with most of the course routed through Isalo National Park, where the country’s oldest dinosaur bones were discovered.

On Father’s Day each year, the Guernsey Dairy Milk Run is held on the island of Guernsey, part of a jurisdiction within the Bailiwick of Guernsey, a Crown dependency. This island located in the English Channel off the coast of Normandy and the race was first held in 1981. The flat and fast course is run along the town’s seafront and each competitor will receive a half-liter of low-fat Guernsey milk upon finishing.

The out-and-back course of the June Rapa Nui Half Marathon is challenging. Featuring a 500’ climb in the first half, the middle miles are full of rolling hills. However, runners will enjoy a fast, downhill finish as they return to main town of Hanga Roa.

Most famous for the nearly 1,000 extant monumental statues, called moai, Easter Island was named a World Heritage Site in 1995 by UNESCO and is the most remote inhabited spot in the world.

On the remote island of Gan, the Coca-Cola Run in Laamu takes place in late January. The half marathon distance runners will begin their race at 5:00 a.m. to beat the heat of the day.

Runners will be following a looped course on the only paved highway, known as the Causeway on the island of Gan. This remote South Asian country located in the Indian Ocean is a chain of 26 atolls and is the world’s lowest country with the highest natural point at 7’10”.

The French island of Corsica hosts the Porto-Vecchio Semi Marathon, a 13.1 race in late October. Known as Napoleon Bonaparte’s birthplace, the island of Corsica is located southeast of the French mainland in the Mediterranean Sea.

The point-to-point course is flat for the first couple of miles and then features a steep ascent followed by rolling hills throughout the remainder of the race. The port town of Porto-Vecchio features renowned beaches and a yacht-filled marina.

In late January, the capital city of Hamilton, Bermuda is home to the Bermuda Half Marathon. Runners will start and finish the race on Front Street and will enjoy many breathtaking vistas of Bermuda’s South and North coasts. The rolling course features views of the ocean, the infamous pastel houses, incredible greenery, and unique architecture.

The Fiji capital city of Suva is the host of the Suva Half Marathon, held in late July. Runners will follow an out-and-back course starting and finishing at Cakobau Road between Thurston Gardens and the Albert Park Grandstand and it is almost entirely along the waterfront.

Known as the South Pacific’s greatest road race, this half-marathon is the perfect excuse for a vacation in Fiji — as if you needed one!

Next post: 31 Gorgeous Parks You Can Run in New Jersey

Previous post: Ready to Up Your Racing Distance? Here’s 6 Tips