10 Portugal Half Marathons for the Traveling Runner 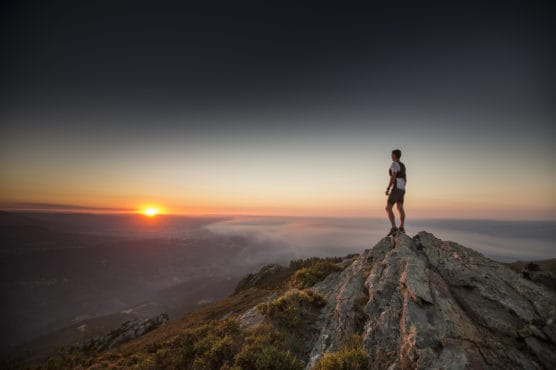 From the city streets of Portugal’s capital city of Lisbon to the wilds of Serra do Açor, a remote protected landscape in Piódão, some truly unforgettable half marathon races for your running wish list.

In early December, the Discoveries Half Marathon takes place in Lisbon, where you’ll run a loop course runs parallel to the Tagus River, spilling out into the Atlantic Ocean. Runners will enjoy a flat and fast course along streets of the city of Lisbon, with plenty of views of historical monuments, contemporary architecture, and green spaces.

Located on the island of Madeira, off the continental coast in the Atlantic, this race takes place in late January. The loop course is almost entirely flat and features some of the most beautiful sights the city of Funchal has to offer. Because the race is held in conjunction with the full marathon, runners have 6 hours to finish the 13.1-mile distance.

The most popular race in Portugal, this race hosts more than 35,000 runners every March, and until recently, it was the home of the half marathon world record (00.58:23) and elites come each year to compete on this flat and fast course. Those not aiming for the record books will be happy to know that they have 3 1/2 hours to complete their 13.1 miles.

4) Half Marathon of Guimarães • Guimarães, Portugal

You’ll have three hours to finish this late June race, which runs through the city of Guimarães in northwestern Portugal, an area known for well-preserved medieval buildings, dating back more than 1,000 years. Runners will follow a few out-and-back sections from the city center along their 13.1-mile journey with a start at Campo de São Mamede – Castelo de Guimarães and finish at Alameda Dr. Alfredo Pimenta.

Buried deep in the Serra do Açor (a protected landscape area), which is full of breathtaking views, springs and pastureland, the historical village of Piódão hosts this annual springtime race. A few kilometers longer than the half marathon distance, this race is not for a beginner. It climbs over 4,000 feet in elevation and because it is a loop course, features a very similar amount of descent. Runners who tackle this course will be rewarded with beautiful views of this remote part of north central Portugal.

Located in the northern district of Braga, Vila Nova de Famalicão is home to the late November Meia Maratona de Famalicão. Runners begin the 13.1-mile distance at 10:00 a.m. and will complete and out-and-back course through the center of town. Those looking to participate in a shorter, non-competitive distance can enter the 6K, starting at the same time.

In the municipality in the old district of Coimbra, Oliveira do Hospital hosts the Trail Colcurinho Long Trail, a race of 25K. Slightly longer than a half marathon, this trail race climbs over 2,000 feet in elevation in the first half of the race. Luckily, it is downhill to the finish! Featuring both roads and plenty of single track, this fun mid-October race is not to be missed!

Located in the seaside town of Cascais, the Meia Maraton de Cascais takes place in late March. The town is approximately 30 minutes from Lisbon and offers easy travel. The flat and fast race is on an out-and-back course with views of the Atlantic nearly the entire race.

Located across the Tagus River from Lisbon, Costa da Caparica is the site of the Meia Maratona Na Areia in late May. Runners will follow a course next to some of the most beautiful beaches, surrounded by dunes and marshes. Trophies are awarded to the top 3 male and female overall competitors as well as those top 3 in their age group.

The flat and fast route of this race is a beautiful place to set a new PR. The area is best known for port wine and runners will enjoy the scenery of a race touted as “the most beautiful race in the world.” The out-and-back course runs along the banks of the Douro River and the late May race will offer plenty of spring colors for racers to enjoy.

Next post: 10 Mexico Half Marathons for the Traveling Runner

Previous post: How Sick Is Too Sick to Run or Work Out?