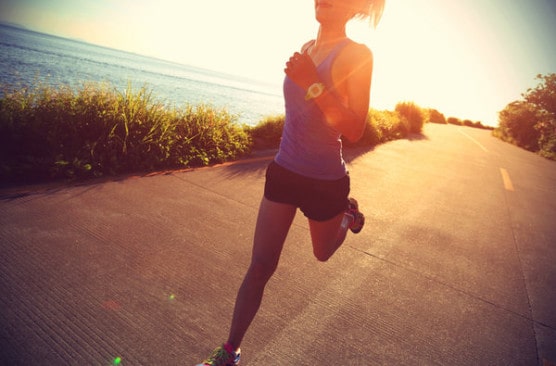 
I’ve had the good fortune to run races in the mountains, in big cities and on the beach, and there’s probably nothing as stirring to the soul as a run alongside the ocean.

Here’s a few of the country’s most beautiful races along the seashore:

Maui’s massive Haleakala Volcano rises off in the distance along this stunning out-and-back race, which features spectacularly scenic views of the Pacific for the entire route.

You’ll run along the beachfront of the “Venice of America” at this late winter race, named for the north-south highway that runs from Georgia to Key West.

3) Save the Light Half Marathon • Folly Beach, SC

Start and finish at the Folly Beach Pier for a beachside race that raises funds to prevent the Morris Island Lighthouse from being lost to the sea.

For nearly the entire route at this Southern California race, runners make their way along the trails and highways that line the Pacific Coast Highway, within sight of the waves crashing along the beach out in the open sun.

Run mostly along the beaches of Southern California’s Pacific Coast Highway, this race also takes runners past the famous Huntington Beach pier, allowing them to enjoy the beauty of the Bolsa Chica Wetlands.

Long, wide white-sand beaches are the hallmark of this race in Fort De Soto Park, located just off the coast of St. Petersburg, where you’ll run paved park roadways and recreational trails.

Here in the home of Da Vinci Code novelist Dan Brown, this race is known for the serene beauty of wide sandy beaches, quaint New England homes, and coastal roadways that overlook the waves crashing onto the rocks below.

8) Maine Coast Half Marathon • Biddeford, ME

The course for this out-and-back race was overhauled last year to feature more of the scenery that people flock here to see — especially the rocky coastline along Fortunes Rocks Cove, Horseshoe Cove and Biddeford Pool.

You’ll run along the shoreline of the southernmost point in the United States, here along the tip of the island at the end of the Florida Keys, roughly 90 miles across the Gulf of Mexico from Cuba.

With its long stretches along the Pacific coastline, this race unfolds along some of Southern California’s most scenic beachfront neighborhoods and past sights like the Aquarium of the Pacific and the Queensbay Bridge.

The stunning shoreline of Narragansett Bay makes up all but a few miles of the course, which takes runners from the Towers (its most famous landmark) down to the historic Point Judith Lighthouse and back.