15 Half Marathons in America’s Most Historic Places 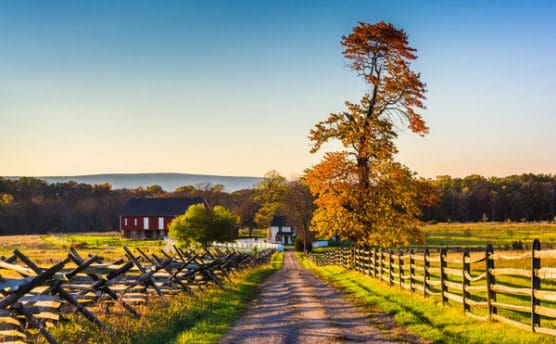 “I run because I can. When I get tired, I remember those who can’t run, what they would give to have this simple gift I take for granted, and I run harder for them. I know they would do the same for me.” — Unknown

Fans of Ichabod Crane and the Headless Horsemen from the famed “Legend of Sleepy Hollow” will love this race, which features stretches along the Hudson River as well as through the quaint residential neighborhoods of this historic village.

One of the nation’s oldest 13.1-mile races, this event is more than 50 years old and takes runners past the Lincoln Home National Historic Site — the only home the 16th president ever owned — and past the tomb where he lies today.

Runners split up into “North” and “South” teams at this race just miles from the historic Civil War battlefield where the Union turned the tide against the South in 1863, and run the course in opposite directions during this late fall event.

The sounds of seagulls calling in the wind and the waves rushing in along the shoreline will be familiar sounds by the time you reach the finish line at this race, run in the city known as “America’s oldest seaport,” which became one of the earliest settlements of the Massachusetts Bay Colony.

You’ll start at the geographic half-way point between the capital of the Confederacy and Washington, D.C., at this race, which takes you past colonial American historic sites as well as neighborhoods where the country’s founding fathers like George Washington and James Monroe lived.

The hills and hollows of rural eastern Kentucky beckon at this early summer race, which offers two halfs through the real “Hatfield-McCoy” feud country, where the actual Hatfields and McCoys fought each other across the Big Sandy River between 1863 and 1891.

This late summer race commemorates the War of 1812, where runners can participate in the 18.12-mile challenge or the half marathon, both of which finish on the actual historic 1812 battleground overlooking Lake Ontario.

9) The Alternative Half Marathon

Run as summer is giving way to fall here in one of American history’s most iconic places, where George Washington and his Continental army crossed the Delaware River on Christmas night in 1776 on his march to Trenton, N.J., where they defeated the Hessian army.

You’ll run along the fast, flat streets of D.C. at this race, which takes runners past several of the city’s signature sights, including the Washington Monument, the Lincoln Memorial, the Vietnam Veterans Memorial and the National Mall.

Runners make their way through the streets of this Massachusetts city known as “the Witch City” for the infamous witch trials that took place here back in the early 1690s, largely along the city’s waterfront.

Run to benefit the Kentucky Historical Society, this race unfolds along the “Mile of Remembrance,” a stretch through Frankfort Cemetery that offers the chance to see the gravesite of pioneer Daniel Boone.

This race takes runners through Antietam National Battlefield Park, the site of the 1862 Civil War battle that was the bloodiest one-day battle in U.S. history, where more than 22,000 soldiers were killed or wounded in a single day.

Named for the historic Native American trail that once stretched for miles, this race runs along the path used by Americans and the British during the Revolutionary War and was part of the Underground Railroad in the years leading up to the Civil War.

Georgia’s Chickamauga & Chattanooga National Military Park hosts this race each fall, which runs past some 1,400 memorials, cannons and monuments that commemorate the bloodiest two-day battle of the Civil War in September 1863.

Next post: 10 Amazing Ways Running Can Change a Life

Previous post: How to Eat Right So You Can Run Your Best