23 Half Marathons in the Great Outdoors in 2018 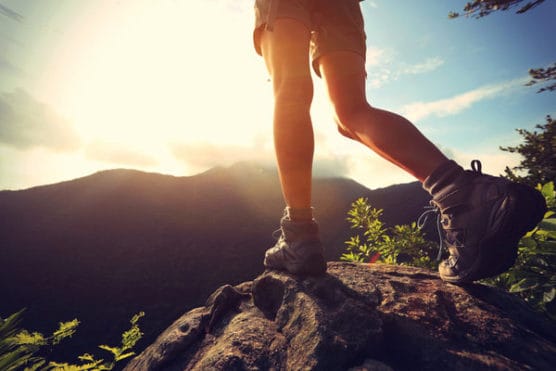 I know what you’re about to say — all half marathons are run outdoors, right? (That’s true, except for races like February’s Pettit Indoor Half Marathon, which runs 47 1/2 loops around Milwaukee’s Pettit National Ice Center.)


What I mean about these races is that they get you “out there” — not in cities, not even in small towns, but out in places like state and national parks, where you can breathe in the fresh air, take in the beauty of the natural surroundings, and just be one with nature as you run.

They’re some of the most breathtaking races you’ll ever run — and I’d love to hear from any of you who’ve run them.

You’ll need to be ready for tough terrain here at the 20,000-acre Caddo and Lyndon Johnson National Grasslands in the Texas backcountry – ready to run across streams, through muddy bogs, as well as sand and underbrush.

The challenging hills and trails that wind through the forest surrounding North Carolina’s U.S. National Whitewater Center are the setting for this event, a series of running, kayaking, whitewater and obstacle races for runners, hikers and families.

Run among the hills, trails, military landmarks and dramatic coastal shorelines of the Golden Gate National Recreation Area at this race, where you can enjoy a day at the beach after you cross the finish line at Rodeo Cove.

One of the nation’s most scenic geographic treasures will be every runner’s companion — from a distance, that is — at this annual springtime race, which take runners on an out-and-back tour of Colorado’s peach orchards and wine vineyards.

With more than 30 miles of trails that wind through its 2,000 acres in the hills of northeastern Kentucky, Carter Caves Resort State Park offers up gorgeous scenery and challenging terrain.

Named one of America’s most scenic races years ago by Trail Runner magazine, this race takes runners on a tromping, hilly run through Wisconsin’s Kettle Moraine State Forest, along a combination of soft, grassy trails as well as twisting, hilly runs through the woods.

This tiny island off the coast of Seattle was occupied by U.S. and British troops for a dozen years in the mid-1800s, thanks to a border dispute over the death of a pig. Today it’s one of the most scenic and and serene places in the U.S., and you can run it this May.

8) Prince of Wales Island Half Marathon

The wild, unspoiled woodlands of the Tongass National Forest and the highways that carve through this island are the setting for this 18th annual race, set in the Alexander Archipelago along the Alaska panhandle.

The brilliant blue skies over the majestic peaks of the Grand Teton mountains in the distance will be runners’ constant companion at this race, which runs just south of Grand Teton National Park.

Temperatures will be chilly and the scenery will be stunning at this race just outside the entrance to Yellowstone National Park, a place filled with geysers, geothermal pools, canyons, mountains and forests.

Just over 300 runners finished both races combined last year at this race, which runs the roads and trails of California’s famed Squaw Valley Ski Resort, the home of the 1960 Winter Olympic Games.

A land filled with forests, rail trails, lakeside stretches and plentiful waterfalls — that’s what awaits runners here at this race, which organizers describe as “one of the fastest and most scenic half marathons you’ll ever run. Period.”

Run where California and Nevada meet in the Sierra Nevadas at this race, which starts at Spooner Summit and then heads downhill, featuring gorgeous views of the eastern shore of Lake Tahoe all the way down.

14) The Great Ferry Race Half Marathon

Surrounded by the Olympic Mountains to the west and Mount Rainier off in the distance in the southeast, Bainbridge Island offers a beautiful backdrop to run against, away from the hustle and bustle of the city.

15) The Scream Half Marathon

Among the most beautiful spots anywhere in the western North Carolina mountains, this downhill race takes place inside the Pisgah National Forest, whose more than 500,000 acres lie just east of Great Smoky Mountains National Park.

Nestled among the hills east of downtown Oakland and home to one of the Bay Area’s largest natural stands of coast redwood trees, this race makes its debut this summer with a loop around Redwoods Regional Park.

Run the only race of its kind that actually runs through the grounds of a U.S. national park, at a time when the autumn leaves are turning brilliant shades of orange, red and gold.

Quiet rural roads marked by hilly climbs along the roadways of rural northern Virginia — surrounded by the foothills of the Blue Ridge Mountains and the vistas of Shenandoah National Park off in the distance — await runners at this late summer race.

Run through the nearly million-acre Huron Manistee National Forest in MI’s Lower Peninsula at this fall race, a unique event with finishers’ medals cut from local wood found nearby, a race that organizers say is a “celebration of the woods.”

“There really is a town called ‘Cool’?” You can imagine that’s a conversation that happens many, many times in this small town nestled in the foothills of the Sierras of Northern California, with gorgeous views of the surrounding mountains and canyons.

This out-and-back trail run unfolds around nearly the entire four square miles of the island, the race is unique both for its scenery as well as its isolated location — so there won’t be any auto traffic to contend with

Run along the Peterson Ridge Trail, a more than 20-mile-long network of mountain biking and hiking trails built on old forest service roads and single-track trails that, depending on the season, can be dusty and loose or packed with snow.

Previous post: How to Run in Winter (Without Freezing Your A** Off!)