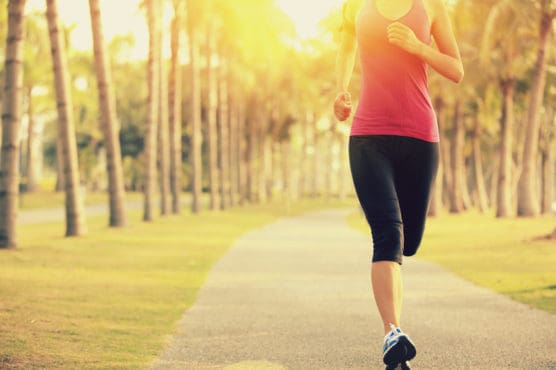 I’ve run 29 half marathons. While I’m not sure which one will be the lucky 30, I’ve learned something from every half marathon. Not every race was a personal best, and some races are best not revisited.


Like any runner, I’ve had the good, bad and many races that fall in the middle. The more I race, the more I learn about running, racing and life in general. My very first half marathon was in April of 2011, and my last was April of 2016.

Over the course of four years and 29 halves, I’ve learned plenty of lessons that pertain not only to running but life as well. Here are a few:

3) Control what you can control. You can’t control the weather and last minute course changes, and that’s why it’s important to reflect upon how your training went. Don’t let those things bother you. Don’t let those details derail you from your own goals.

5) Don’t take yourself too seriously. Some athletes run for the themed races; some run for a PR, and many of us run for both. The majority of runners aren’t going to be professional athletes, and we are lucky our means to live and survive do not ride on a single race. Enjoy yourself!

6) Breathe in the small stuff. Take notice of the race signs, the atmosphere and the spectators. The race is put together for you and you should try and take advantage of the experience!

7) Similar, expect the unexpected. No race, training cycle or run will go perfectly, and you should expect that. At the start of my third half marathon, my iPod died. I had never raced without music, but it was the only option I had!

9) Not every moment is a good one. There are some races that the best part is finishing, and that is fine. Don’t forget; every healthy finish is an accomplishment.

10) Bad days make the good days better. This includes life, training, and racing. A PR would never feel as good without the distraught of a hard race.

(MORE: 6 Things ‘Real’ Runners Know About Training That You Don’t)

11) Don’t train on empty. Whether this means lack of training, lack of fuel or lack of sleep, without proper gas in your tank, you won’t go as far. Make sure you fuel yourself well.

13) Figure out what makes you the happiest and stick to it. If you want to train for half marathons because they are your favorite, stick with them. You don’t have to explain that to anyone!

14) Similarly, if something doesn’t bring you joy… don’t do it. If you begin to feel fatigued, and every run is a mental challenge, don’t be afraid to back away and do something else.

15) You’re never too old to start anything. Did you know the world record for age 85 in the half marathon was recently broken? He ran a 1:50.47!

16) Don’t overthink things. Running is simple, you put one foot in front of the other. Don’t let your mind fool you.

17) What you put in is what you get out. This includes training, life, and everything. If you don’t put in the effort beforehand, you won’t reap the results afterward.

18) Training and racing with friends can be more fun. One of my favorite race memories is running a half marathon with my husband. While he wasn’t at peak fitness and I was, it was great to be able to share a race with him.

19) Not everything works for everyone. Some people need to eat a hearty breakfast before a race; others prefer something small. Everyone has certain aspects that work and don’t. We are all different, after all!

(MORE: Here’s When You Should Buy New Running Shoes)

21) Sometimes rest is best. Sometimes skipping a race or event is the best answer. If you aren’t feeling physically and mentally ready, don’t be afraid to take the time to recover. Backing off from a training week or race is better than having to back off from a race because of an injury. I once ran a half marathon that caused a setback in recovery. Know your limits and stick to them.

22) The only thing holding you back is you. Most of running is mental, and it’s important not to let your own mind hold you back.

23) Always have a goal. Whether your goal is to finish or make it through a race healthy, having a goal keeps you motivated.

24) Don’t discredit your success. It wasn’t an accident that you achieved what you did. Don’t be afraid or embarrassed to share your achievements.

25) There is no universal definition of success. For some, finishing a race is the goal, for others, they have a time goal. I’ve had every goal from finishing my first half marathon to PRing to even winning the best race costume.

26) Don’t compare your running to anyone or anything. This includes you. During different stages of your life, running can take on a whole new meaning.

27) Stay hungry. Stay hungry for training, for racing and your next big goal.

I’m sure half marathon number 30 will teach me a new lesson to add to list. Running is a sport where we are constantly learning something and wanting to achieve something new.

Hollie Sick is a New Jersey-based runner and blogger who has completed nearly 30 half marathons. Learn more about Hollie at her blog, or follow her on Twitter.

Previous post: 11 Half Marathons That Won’t Bust Your Budget