The 5 Fastest (and Slowest) Half Marathons in the U.S. 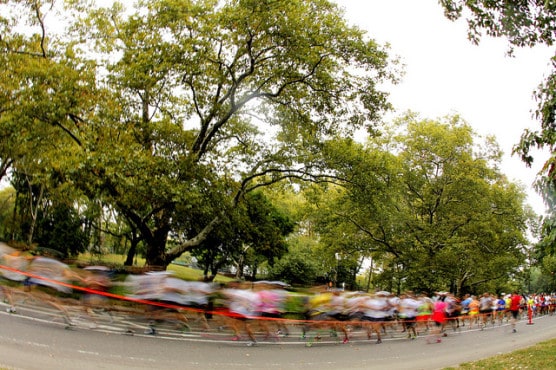 Runners pass by in a blur during a 2013 half marathon in New York’s Central Park. (Photo by Phil Roeder/flickr)

There’s tons of ways to slice and dice the data — how flat or hilly each race’s course is, what the overall elevation change is over 13.1 miles, what’s the weather and climate like — but those can be subjective differences, and may be more or less challenging for you depending on how you’ve trained and how you’re used to running.

Finishing times provide at least one measure you can compare across the board, so I checked the latest statistics kept by RunningUSA (from 2013) to figure out the races with the fastest and slowest overall finishing times:

* Bear in mind that these are median times — so half the runners finished with faster times in each race, and the other half finished with slower times.

See more on running trends and statistics at RunningUSA.

Next post: 5 Things You Can Do to Make Your Weekly Long Run Easier

Previous post: Running Just 5 to 10 Minutes a Day Can Change Your Life