7 Island Half Marathons — in the Continental U.S. 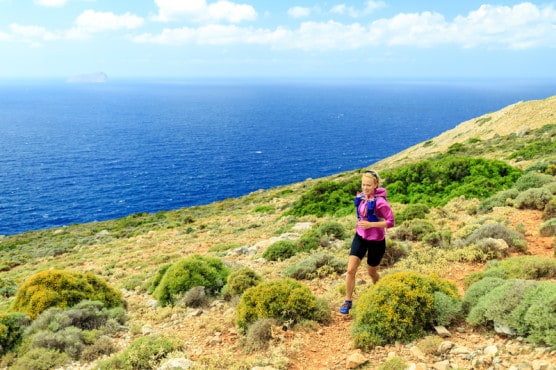 It’s not only places like the Bahamas, Bermuda and in the Caribbean where you can find amazing island races with incredible shoreline views.


You can find races like those right here in the U.S., and you don’t even have to go to Hawaii to find them (even though we love Hawaiian races too!).

You can find them right here in your own backyard, and our Carissa Liebowitz has found some great picks for your next race.

Located about 30 miles north of Seattle, this island — the second-largest in the continental U.S. — features rolling hills and some fairly large climbs during the race, while in the distance you’ll see the snow-capped peaks of the nearby Olympic and Cascade mountain ranges.

Nestled along the southern edge of Lake Washington, Mercer Island spans just over 13 square miles. Runners will get to see nearly all of its coastline as they follow the perimeter nearly the entire way, with rolling hills throughout.

Located just off the Georgia coast of Georgia, Tybee Island offers a race with a loop course that never tops more than 30 feet. Runners can even sign up for all five races offered over the weekend to complete a total of 26.2 miles.

Known for its golf and beach resorts (the PGA Championship was played here a few years back), Kiawah offers a loop route for this race, with an out-and-back in the middle of the half. You’ll enjoy a mix of maritime forests, marshes and grand beach villas throughout 13.1 miles.

Named one of America’s most scenic marathons by Runner’s World magazine, the Mount Desert Island Half features a U-shaped route that starts in Northeast Harbor and snakes around the island to Southwest Harbor. And it’s not flat — there’s actually 700 feet of elevation gain throughout.

While Presque Isle is actually a peninsula (it’s located about 4 miles from Erie, Pa.), this race is known for producing huge PRs due to a number of factors. The course is flat, paved and shady, and typical temperatures in mid-September are ideal for distance racing.

Located just off the coast of Los Angeles and accessible only via aircraft or boat, this race features a course that isn’t for the first-timer. It’s full of huge elevation changes and an overall climb of 2,753 feet, at which runners will spend nearly the first 10 miles climbing.

Next post: I’ve Run 16 Marathons, and Here’s What I’ve Learned

Previous post: 8 Half Marathons You Can Run Along the Riverside