Set for its 21st annual running in early-January 2023, The Mobile Marathon & Half Marathon (known before 2019 as the First Light Marathon & Half Marathon) takes runners on a tour of this city of roughly 200,000 on Alabama’s Mobile Bay, which lies about halfway between New Orleans and Tallahassee and is famed for its Mardi Gras-like Carnival season, which dates back to the early 1700s.

Runners start the point-to-point route for the race on Government Street in downtown Mobile, about a block from Spanish Plaza. From there, the race heads southwest along Government for about the first half-mile, and then turns left onto Broad Street and into the Washington Square neighborhood.

That’s followed by a stretch along Virginia Street, which passes by Mobile National Cemetery and Little Magnolia Cemetery.

Next, the course brings runners north past Crawford Park and Washington Square park, and then heads back onto Government Street for about a mile and a half. That’s followed by stretches along Fulton Street, Dauphin Street, Mobile Street, Spring Hill Avenue and then back onto Dauphin.

The final couple of miles of the race unfolds along Dauphin in a home stretch past the Cathedral Basilica of the Immaculate Conception, Cathedral Plaza to the finish line at Bienville Square.

More than 1,100 runners crossed the finish line at the race’s 2016 running, including 750 runners in the half marathon alone. In addition to the individual races for the full marathon and half marathon, there’s also a 5-person marathon relay and a 1.2-mile fun run for kids. 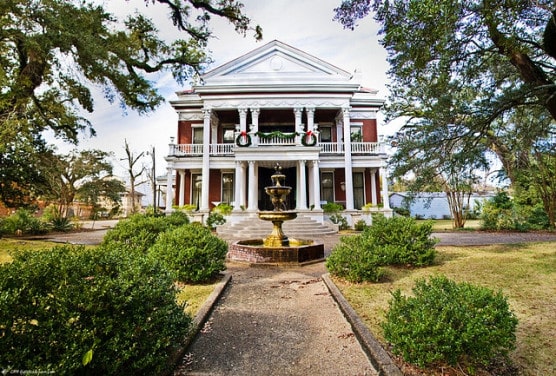 Set in lower Alabama’s southeastern corner, on the shores of the Mobile Bay, the city of Mobile typically sees mild to cool (and sometimes cold) weather conditions in the winter, months, with normally ample rainfall/precipitation.

In January, temperatures average between 40°F and 61°F, while precipitation totals average just over 5.6 inches for the month. On the day of the race (Jan. 8), the average low is 40°F and the average high is 61°F.

To reserve your spot in the January 2023 running of the Mobile Marathon, Half Marathon or 1.2-mile Fun Run, visit the event website below.

Ever run in the Mobile Half Marathon? Share your impressions here, or post your review in the Comments box below.