Note: The 2022 race does not include a half marathon.

Part of an annual fundraiser for the Sheldon Museum and Cultural Center here in Haines, a village of just over 2,500 nestled along the Lutak Inlet on the Alaskan peninsula, the Totem Trot Half Marathon features just what its name promises – a run along the waterfront where runners will get to see plenty of exquisitely carved totem poles, carved by artists from around the world.

Runners will start the north-to-south, point-to-point course in nearby Lutak, next to the Chilkoot River Lodge, along Lutak Road. From there, the race proceeds south along Lutak Road for the next 9 1/2 miles, all the way until runners make their way into Haines, whose tourism board bills the area as “the adventure capital of Alaska,” thanks in large part to its proximity to Glacier Bay National Park and Preserve.

Once they make it into Haines, the race follows several turns on city streets in the town, before crossing the finish line at the intersection of Main Street and 1st Avenue, next to the Sheldon Museum.

The race features some rolling hills, especially in the second half, but the first half of the race is almost pancake-flat, thanks to its location running along the Lutak Inlet. Runners will get to take in everything from the Chilkoot River, “where the brown bears come in August to catch and eat the spawning salmon,” organizers point out, to the waters of Lutak Inlet before meeting up with the Upper Lynn Canal, the largest fjord in North America.

Once they make it into Haines, that’s where they’ll get to see the beautiful, hand-carved totem poles, like these: 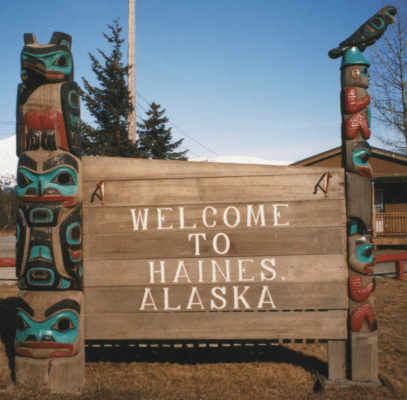 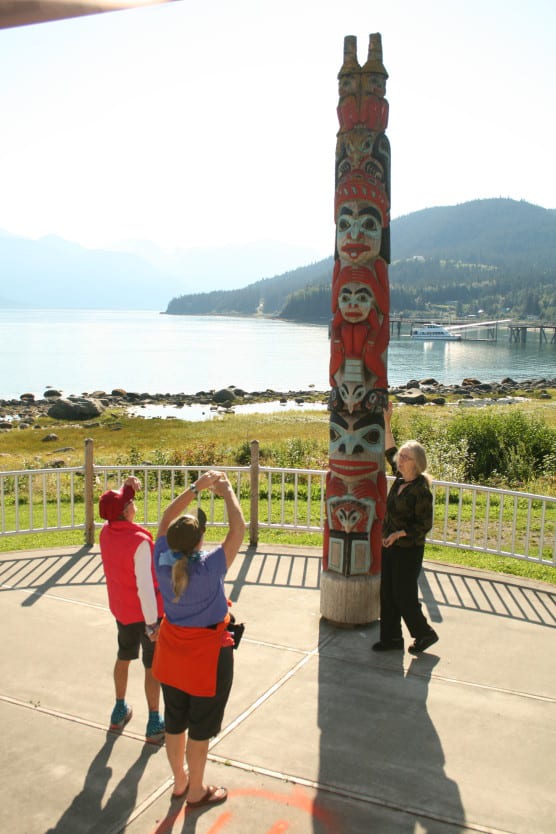 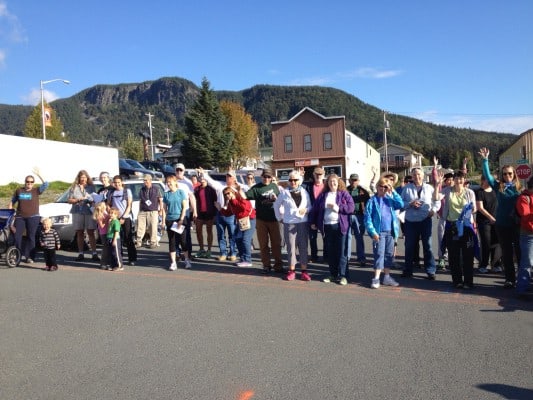 Nestled along the edge of the Alaska panhandle near Glacier Bay National Park, just over 90 miles northwest of Juneau, Haines typically sees some of its warmest and driest weather of the year in August, which has brought record temperatures here as low as 35ºF (in 1978) and as high as 95ºF (in 1978).

See the race route map for the Totem Trot Half Marathon here.

To reserve your spot in the 2022 running of Haines’s Totem Trot Half Marathon or 5K races, register online at RaceEntry.com here.

Ever run in the Totem Trot? Share your impressions here, or post your review in the Comments below.