There’s something in the air during the Battle Creek Half Marathon & 5K—and it’s probably a hot air balloon.

Hosted by Cereal City Athletics—named for Kellogg’s, which is headquartered in Battle Creek— you’ll feel like you’re flying during Battle Creek’s only half marathon, which features a mostly flat and highly scenic course.

Runners start and end this looped course at Territorial Brewing Company, which also hosts an optional “Breakfast and Brews” event after the race.

You’ll then run through the Field of Flight, which annually hosts the nation’s largest combined air show, featuring USAF Thunderbirds and 50+ hot air balloons that take to the sky the first week of July. Weather permitting, racers will hit the tarmac at the same time the hot air balloons are launching that morning.

After touring through the Field of Flight’s grounds, 5K runners will head back to the start/finish line, while half marathoners will continue on, passing nearby Western Michigan University’s College of Aviation—which boasts one of the most renowned aviation programs in the world—before winding through the streets and boulevards of Battle Creek back to the start/finish line at Territorial.

For those who can’t make it to Battle Creek on race day, virtual options are available for both the half marathon and 5K. For maximum flexibility, participants may transfer their registration from virtual to in-person, between race distances, or to another participant up until the close of registration.

The Battle Creek Half Marathon & 5K supports Talons Out Honor Flight as its charity partner. This chapter of Talons Out honors Southwest Michigan veterans who served in World War II, the Korean War, and Vietnam by providing free flights to Washington DC, so veterans may visit their war memorials. 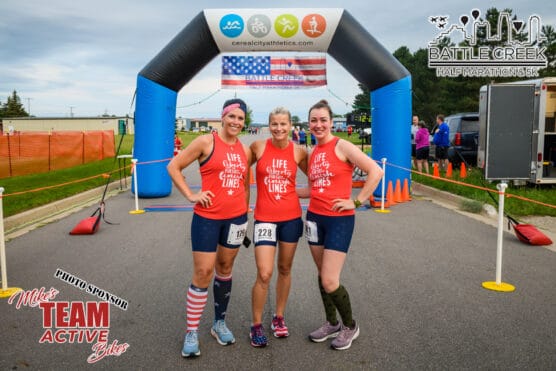 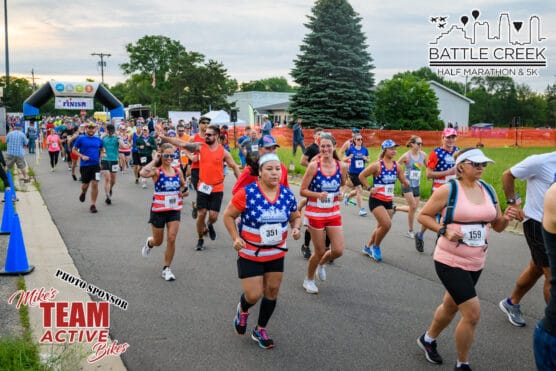 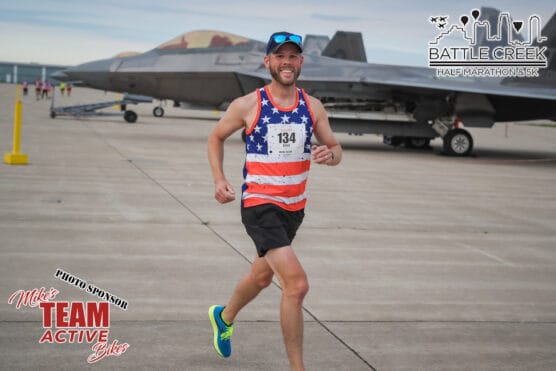 July heats up in Southwest Michigan, though mornings can still be perfect for racing. You’ll likely have some cloud cover, and average temperatures range from 63°F to 82°F.

To secure your spot in the 2023 running of the Battle Creek Half Marathon & 5K, register online at RunSignUp.com beginning in November 2022.

Ever run in the Battle Creek Half Marathon? Share your impressions here, or post your review in the Comments below.