A few thousand runners and walkers trek the trails each year at Sacramento’s American River Parkway Half Marathon & 5K, which follows the running, walking, hiking and biking trail named for the river through the eastern and southern portions of the city on its way toward the San Francisco Bay area.

Fast and mostly flat, and run along a combination of paved and natural surfaces, the race is actually two races, with different courses for those running and those walking the half-marathon. While both races share the same starting area, they proceed in entirely different directions along the American River Parkway, a 30-mile-long park that winds along the river.

From the starting line at William Pond Park just off Arden Way, just across the river from Riverbend (formerly Goethe) Park, the runners’ half marathon proceeds in a northeasterly direction from the race start, along a course that ambles past Hagan Community Park, towards Sunrise Boulevard.

Runners turn around with a keyhole loop at the Fair Oaks Bridge to alleviate cross traffic and head back toward the finish along the route they’ve just run. 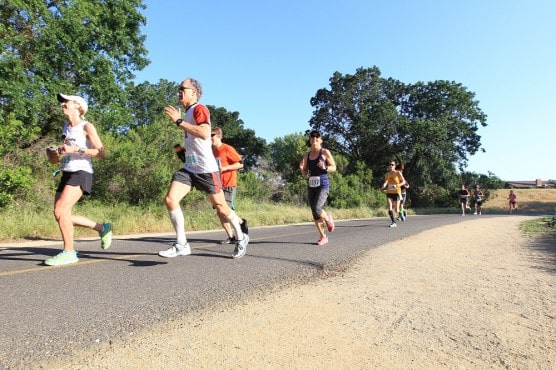 Walkers follow the exact opposite direction from the starting line for their course, proceeding in a southwesterly direction on the trails along the river, following the bend in the river along tree-shaded trails toward the Campus Commons Golf Course, where walkers make the turn and then head back toward the finish line along the course they’ve just walked.

The course that both runners and walkers follow throughout the race takes them through the vast parklands that comprise the American River Parkway, made up of more than 4,000 acres that wind along roughly 30 miles of the American River, the same area where gold was discovered in California in 1848, starting the famous gold rush the next year.

Though over the years it has been threatened by over-development and neglect, today the park is enjoying something of a rebirth as it is increasingly being protected for both its wildlife and recreational amenities, as today it attracts more than five million visitors each year for fishing, canoeing, hiking, running, golfing and more. 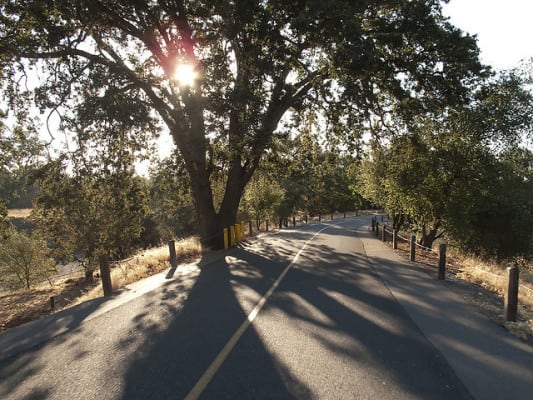 A stretch of the American River Parkway trail in Rancho Cordova, California. (Photo by Robert Couse-Baker/flickr) 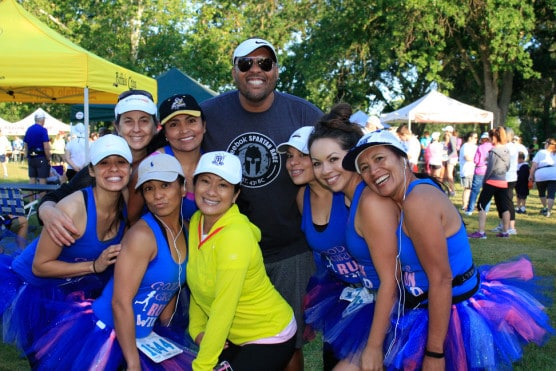 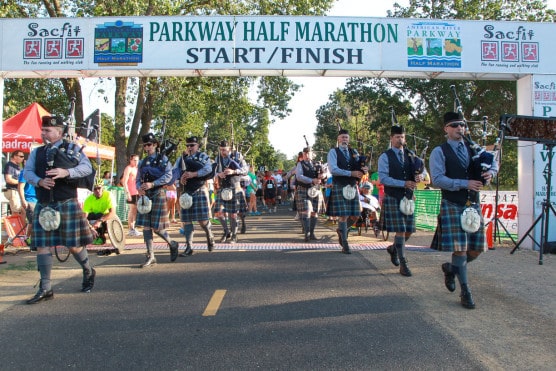 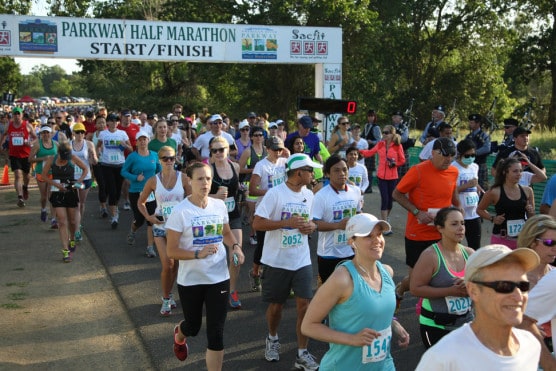 Located in the inland valley of Northern California, about an hour and a half’s drive from the San Francisco Bay area, Sacramento typically sees mild to warm and usually dry weather in April, which has brought record temperatures as low as 26 degrees (in 1896) and as high as 107 degrees (in 1984).

See the race route maps for the American River Parkway Half Marathon here.

To reserve your spot in the 2023 running of Sacramento’s American River Parkway Half Marathon or 5K, register online at RaceRoster.com here.

Ever run in the American River Parkway Half? Share your impressions here, or post your review in the Comments below.