Set for its 11th annual running along the neighborhood streets of this city in Northern California’s Sacramento Valley, the Davis Moo-nlight Half Marathon, 10K & 5K is a night-time road race organized by Fleet Feet Sports of Davis and designed as a fundraiser for the city’s Davis Schools Foundation.

The out-and-back course for the race will start and finish at the DMG Mori Campus on Faraday Avenue, just south of Mace Ranch Park and the Explorit Science Center.

From there, runners follow a route that takes them on a semi-double loop of Davis, with much of the race taking runners along three loops through the Old North Davis and North Davis Greenbelt, a stretch of parks and paved biking, walking and running paths that connect the northern, southern, eastern and western parts of the city.

The first nine miles of the race make up the true double loop, taking runners on two loops around Davis, running through Mace Ranch Community Park and John Barravetto Park while exploring the multi-use paths that Davis has to offer.

Just past mile 9, runners head south of I-80, continuing on the bike paths and running alongside Putah Creek before heading back to the finish line.

The half marathon is set to start in two waves — the first wave will be all runners who expect to finish in 3 hours or longer, while the second is for runners who will finish in less than 3 hours. 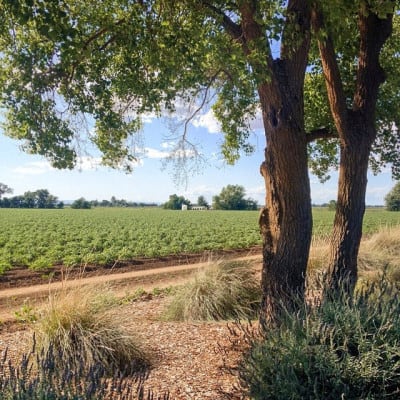 Located in Northern California’s Sacramento Valley, roughly 15 miles west of the state capitol city Sacramento, the city of Davis typically experiences its hottest and driest weather conditions of the year on average during the month the race is held.

See the race route map for the Davis Moo-nlight Half Marathon here.

To reserve your spot in the 2022 running of the Davis Moo-nlight Half Marathon, 10K or 5K race, visit the event website below.

Ever run in the Davis Moonlight Run? Share your impressions here, or post your review in the Comments below.