The late weeks of winter bring what is known locally as the unofficial kickoff event of the Northern California running & walking season, the Davis Stampede Half Marathon welcomes more than 3,500 runners, walkers and joggers each year to this loop course that takes participants through the city streets of Davis and through its several of its urban parks and green spaces.

Now well into its third decade as a local running tradition, the race — which will celebrate its 40th annual running in 2023 — also includes a 10K and a 5K run, and mile, half-mile and quarter-mile “races” for kids.

Largely fast and flat and run entirely on paved surfaces along the city streets of Davis, the race begins at Playfields Park, just east of the University of California, Davis campus. From there, the half-marathon route takes runners along a curved loop along paved bike paths to the east of the park, all the way up to the third mile marker and past the first aid stations.

After heading north of I-80 and then east along 2nd Street, 10K runners part and head back to the south, while half marathoners continue straight along a paved bike path towards Mace Ranch Park.

Participants meander through the Mace Ranch neighborhoods via bike paths and make their way towards Covell Blvd. Utilizing a new tunnel undercrossing, runners are able to cross under Covell and continue into the Wildhorse neighborhoods. The course travels north on a straight stretch of the Wildhorse greenbelt and then travels the outer perimeter of the Wildhorse golf course. This portion of the course is on hard-packed gravel/decomposed granite, and will be a welcome surface for legs from miles 5-6.

After touring the golf course and enjoying the scenery, runners head back via paths to the undercrossing, and then down more paths, crossing Interstate 80 toward the section of the race that follows a route through Willow Creek Park, continuing along the bike paths and repeating the first section of the race, which leads to the final mile through Walnut Park and Playfields Park, where runners cross the finish line.

After crossing the finish line at Playfields Park, the post-race festivities — including health product exhibitors and vendor booths in addition to plenty of food and refreshments — will be held. 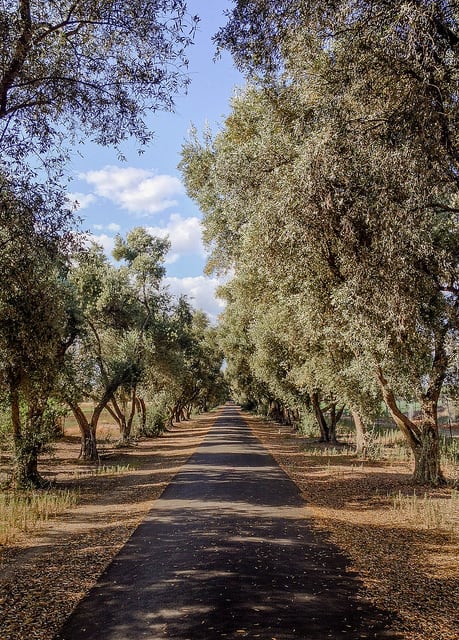 Located in Northern California about a 20-minute drive west of nearby Sacramento, the city of Davis tends to experience warm (and occasionally hot), dry summers and cooler, wetter weather in the winter. In February, average monthly temperatures range between 40°F and 60°F, while rainfall totals average about 3.76 inches for the month.

See the race route map for the Davis Stampede Half Marathon here.

To reserve your spot in the 2023 running of the Davis Stampede Half Marathon, 10K, 5K or Kids’ Fun Run races, register online at RunSignUp.com here.

Ever run in the Davis Stampede Half Marathon? Share your impressions here, or post your review in the Comments box below.