Filled with more than 4,100 acres of green, grass-covered hills here in Northern California, Almaden Quicksilver County Park plays host twice during the year to the Hacienda Hills/Almaden Quicksilver County Park/New Almaden Half Marathon, 10K and 5K, one of a series of trail races hosted by Troy’s California Trail Runs, a series of more than a dozen races that take place throughout the year on trails and in parks around the state.

The New Almaden Haciendas Hills run is typically a small race, run on the challenging hills and trails of this park on the edge of San Jose’s Silicon Valley, which encompasses most of the mountain ridge known as the Capitancillos Ridge.

The park, which has a long history as a mining community and once was home to more than 1,800 miners and their families, today is a mecca for running, hiking, mountain biking and horseback riding, as it is home now to more than 30 miles of trails, including just over 20 miles of equestrian trails and 10 miles of bike trails.

As they make their way along its hills — and runners will climb nearly 1,200 feet in elevation between the starting line and the peak elevation point of the race, between miles 5 and 6 — runners will pass along trails with names such as Deep Gulch, Wood Road, Castillero, Mine Hill and the Hacienda trail, before heading back around to the same park entrance where they started for the race finish.

Four aid stations will be located out on the course, and runners in the half marathon will start at 8:00 AM. If you’re ready for a trail race that will test your mettle, this could be the one — organizers say it is “very challenging” and yet also “very fun.” 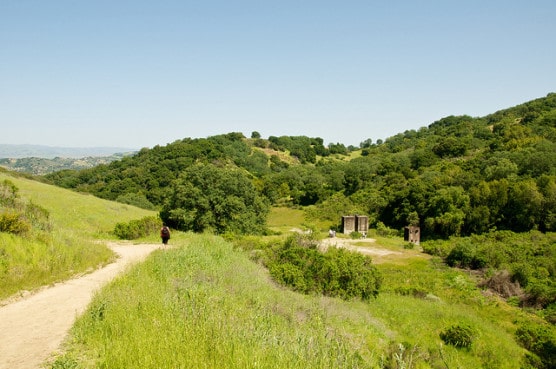 Located in the hills just south of downtown San Jose in Northern California, Almaden Quicksilver Park lies adjacent to New Almaden, which typically sees mild to moderately warm weather in the late spring, as May temperatures average between the mid 50s and the low to mid 70s.

To reserve your spot in the spring 2023 running of the Hacienda Hills New Almaden Half Marathon in Almaden Quicksilver County Park, register online at UltraSignUp.com.

Ever run in the Hacienda Hills Half Marathon? Share your impressions here, or post your review in the Comments box below.