Hell of a Half Marathon

You won’t mistake it for any other race when you hear the name, will you? Run near the foothills of the Sierra Nevadas in the middle of August, the Hell of a Half Marathon also features two big hills to tackle. Runners will need to not only bad heat, but they will also have a challenging course to contend with.

However, bragging rights are big when it comes to this race and it does sell out. The 7:00 a.m. start does give runners a chance to avoid the heat of the day, but participants should be prepared for a toasty 13.1 miles.

The loop course begins in Exeter Veteran’s Memorial Park where runners will begin the race with a relatively flat section through town. Racers will go about 2 ½ miles before they make a left turn on Myers Avenue.

After a couple more easy miles, the climbs begin. Runners will make their way up the smaller Rocky Hill first knowing that the descent is awaiting for them once they crest the hill.

The course continues on Myers Avenue and then onto Yokohl Valley Road. Once runners reach Rocky Hill Drive, they will make a left turn and cross the 9th mile mark. Though they are only 4.1 miles from the finish, runners must tackle the second larger hill first.

After making it to the top of the second hill, it is all downhill to the finish line. Runners will continue along Rocky Hill Drive until they reach the city and head back to Exeter Veteran’s Memorial Park.

With expected high temperatures on race day, there will be 9 total aid stations with water at all and electrolyte drinks after the 5.5 mile mark. Runners are encouraged to bring their own hydration as well due to expected race day conditions.

Racers will have 3 1/2 hours to complete 13.1 miles. All finishers will receive a medal, a warm breakfast, and cold chocolate milk. 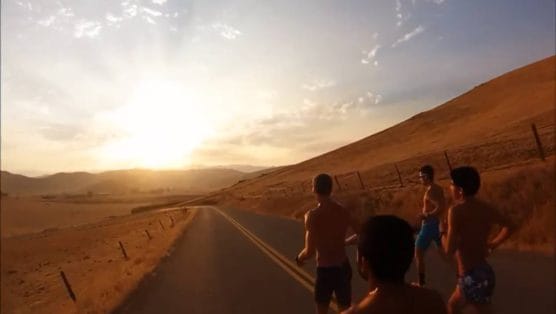 Exeter is situated in the foothills of the Sierra Nevada Mountain Range in California. Average lows are in the mid 60’s, but average highs jump to the mid 90’s in August. Highs of 115°F have been recorded in August in Exeter so be prepared to battle the heat.

August is typically so dry that rainfall is an anomaly so plan to just pack a singlet and leave the rain jacket at home.

See the race route map for the Hell of a Half Marathon here.

To reserve your spot in the 2019 running of Exeter’s Hell of a Half Marathon, register online at RunSignUp.com here.

Ever run in the Hell of a Half Marathon? Share your impressions here, or post your review in the Comments below.