Set to unfold through the jaw-dropping scenery that makes up the more than 82,000 acres of Northern California’s Golden Gate National Recreation Area, which lies in Marin County just across the bridge from San Francisco, the Rabbit Chase Race offers up both amazing views and seriously challenging hills, as runners can expect to climb nearly 1,400 feet of elevation in the first three miles alone.


The out-and-back course for the race starts and finishes at Stinson Beach, which lies along the shoreline of this massive (and breathtaking) park.

From there, the race heads out onto the Dipsea Trail, which is perhaps most famous as the site of the annual Dipsea Race, a 28.4-mile trek through these woods each November.

Your legs will be burning as you climb the roughly 1,400 feet between the start and the peak of the first half of the race around mile 3, just after you pass the Pantoll Campground along the Old Mine Trail. That’s followed by a nice, long downhill towards the mid-way point of the race.

You’ll run long stretches of the Dipsea Trail until it meets up with the Coast View Trail, and follow that for a few miles before you head into the Santos Meadow area of the park.

There, the race flattens out (mercifully) for roughly a mile and a half before heading uphill again, this time for a climb of nearly 1,300 feet by the time you reach the peak around mile 11.

Throughout the race, you’ll get to take in “drop-dead gorgeous views of the Pacific,” the race organizers note, as shown in the photos below. 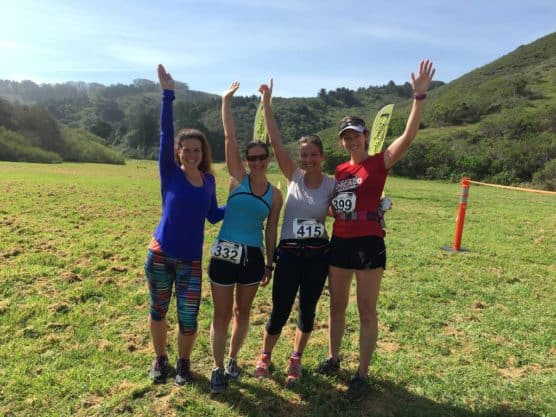 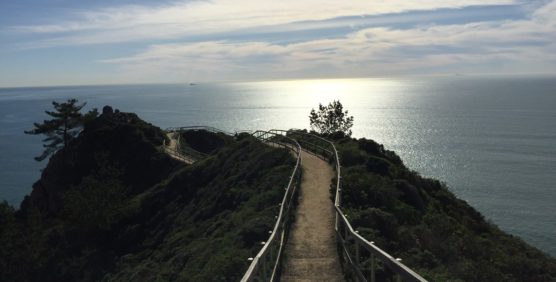 The scenery along the trails at the Rabbit Chase Race, which runs through Golden Gate National Recreation Area. (Courtesy Urban Coyote Racing)

Nestled along the edge of the Golden Gate National Recreation Area near San Francisco, Calif., the Stinson Beach area sees some of its cooler and wettest weather of the year in March, when temperatures average between the mid-40s and the mid-60s, and precipitation amounts average just over 6 inches for the month.

See the race route map for the Rabbit Chase Half Marathon here.

To reserve your spot in the 2019 running of the Rabbit Chase Race 30K, half marathon or 10K race, register online at the event website here.

Ever run in the Rabbit Chase Half Marathon? Share your impressions here, as well as anything you learned about the race that you think other runners/walkers should know.