The third in a three-race series that starts with August’s Revel Rockies Half Marathon in Colorado and September’s Big Cottonwood Half Marathon in Utah, the Revel Canyon City Marathon & Half offers stunning scenery and breathtaking views of the San Gabriel Mountains and the Angeles National Forest, a world away from the urban sprawl of Los Angeles off in the distance.


Runners in the half marathon start their race at roughly the mid-way point of the full marathon, which begins at the Crystal Lake Cafe on Highway 39, about 25 miles up the road from Azusa.

The half marathoners begin their race where the highway (San Gabriel Canyon Road) and the Devils Canyon Dam Duck Trail meet. After they leave the starting line, runners follow the highway as it descends from the mountains and into the valley, largely a straight shot the entire way.

The elevation change is nearly all one way — the course proceeds steadily and gradually downhill for the next 13.1 miles, which is challenging on the legs but it’s also one the organizers say could be the “fastest and most beautiful you ever run.” 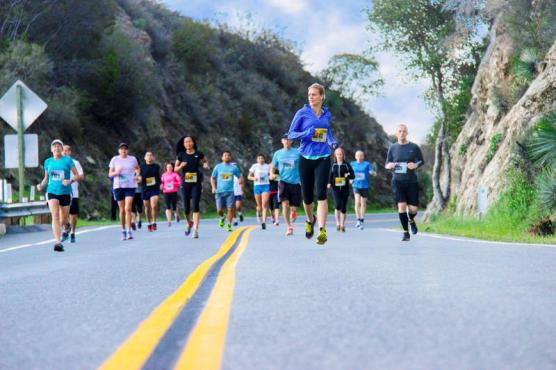 The huge Los Angeles metropolitan area lies to its south and the Mojave Desert lies to its north, and the Pacific Crest Trail — made perhaps most famous in Cheryl Strayed’s memoir “Wild” — crosses through these mountains.

Runners make their way south along the winding mountain highway all the way to Azusa, all the way until they get to the mile 12 marker. They’ll next make a left turn onto Foothill Boulevard, beginning the final mile of the race which takes them past the Azusa Civic Center and Azusa Pacific University.

When Foothill Boulevard meets with Alosta Boulevard, runners will bear to the right and continue on Alosta, until they cross the finish line near the Citrus Crossing shopping center.

Time limits for each race are slightly over 6 hours for the full marathon (for roughly a 14-minute-per-mile prace) and 5 hours, 15 minutes for the half marathon, which works out to a 24-minute-per-mile pace — allowing walkers as well as runners to participate. 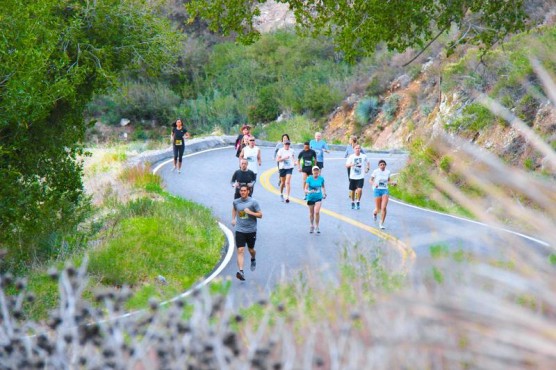 Located in the San Gabriel Valley just outside Los Angeles, near the base of the San Gabriel Mountains, Azusa typically sees November temperatures that average between 45ºF and 73ºF, while precipitation amounts average just shy of 1.3 inches, making November one of its wettest months of the year.

To reserve your spot in the 2017 running of Azusa’s Revel Canyon City Marathon or Half Marathon, register online at the event website here.

Ever run in the Revel Canyon City Half Marathon? Share your impressions here, or post your review in the Comments below.