Run among the hills, trails, military landmarks and dramatic coastal shorelines of Northern California’s Golden Gate National Recreation Area just across the bridge from San Francisco at the Rodeo Beach Rumble, where you can enjoy a day at the beach after you cross the finish line right in front of the waters of Rodeo Cove.

Set for its 7th annual running this year and operated by Urban Coyote Racing, which also organizes a series of four other races that take place in and around the park throughout the year, the race is set to begin in front of Rodeo Beach, which lies along the southern end of the peninsula on which Golden Gate NRA sits.

Actually made up of several parts — including Crissy Field, Alcatraz Island and Rancho Corral de Tierra — the section of the Golden Gate NRA you’ll be running on lies across the bridge from the city, where the Marin Headlands and Vista Point (which looks across the water and back onto the city) lie.

From the starting line at Rodeo Beach, you’ll follow a clockwise loop route around the park, passing by military landmarks (the park is the home of a onetime missile site, among other things) and running along gorgeous trails, where you’ll scale hills that bring you up to some of the most stunning views of the Bay Area you can find.

The hills are challenging — between the starting line and the mile 2 marker, you’ll climb more than 850 feet; there’s another 600-ft. climb between miles 4 and 6, and then a big descent in the second half of the race, from just over 900 feet to nearly sea level by the time you reach the finish line.

Because it’s a trail race and it’s a small race (just shy of 140 runners crossed the finish line in all 4 races combined last year), organizers plan to place ribbons out along the trail, at 200-yard intervals.

“If you do not see any ribbons after 1-2 minutes, you are off course,” they explain on their website. “You should [turn around, go back and] retrace your route until you find the last ribbon.” 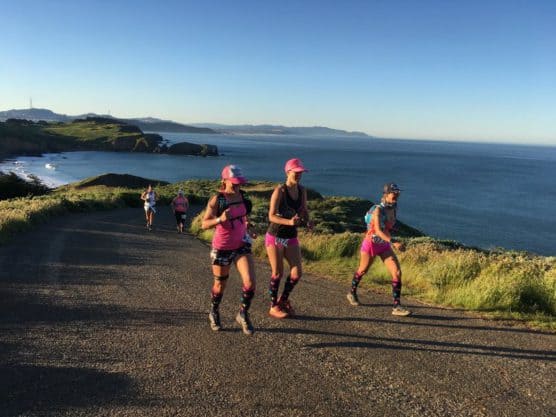 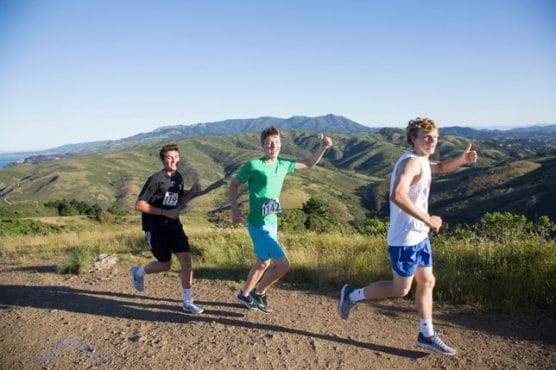 Nestled along the shoreline of the Golden Gate National Recreation Area, just across the Golden Gate Bridge from San Francisco and the rest of the Bay Area, Sausalito typically sees cool to mild temperatures and mostly dry weather in April, when precipitation amounts average just over 1 inch for the month.

See the race route map for the Rodeo Beach Rumble Half Marathon here.

To reserve your spot in the 2023 running of Sausalito’s Rodeo Beach Rumble Half Marathon, 30K or 8K race, register online at RaceRoster.com here.

Ever run in the Rodeo Beach Rumble Half Marathon? Share your impressions here, as well as anything you learned about the race that you think other runners/walkers should know.