If you’ve ever taken a drive along California’s Highway 101, perhaps better known as the Pacific Coast Highway, then you’re probably familiar with the scenery you’ll find in towns like San Luis Obispo — huge, rolling green hills and mountains overlooking the rocky Pacific coastline, with bridges that span the canyons along the coast and wineries and vineyards tucked into the hills just beyond the edge of the land.


Runners will get to see all of that and more at the San Luis Obispo Half Marathon, which is run on Sunday, following the 5K and kids’ races on Saturday.

The half marathon is set to follow a loop course that starts and ends near the Madonna Inn near downtown San Luis Obispo, in the basin of the nearby Cerro San Luis (or “San Luis Mountain”), one of the chain of nine mountains that stretch between Morro Bay and San Luis Obispo known as the “Nine Sisters.”

In between the starting line and the race finish, runners will get to take in some of the city’s most well-known sights — including the city’s historic Fremont Theater, whose Art Deco style architecture dates all the way back to 1942, and the Mission San Luis Obispo de Tolosa, which was built back in 1772 and is one of the many historic missions built along the central California coast. 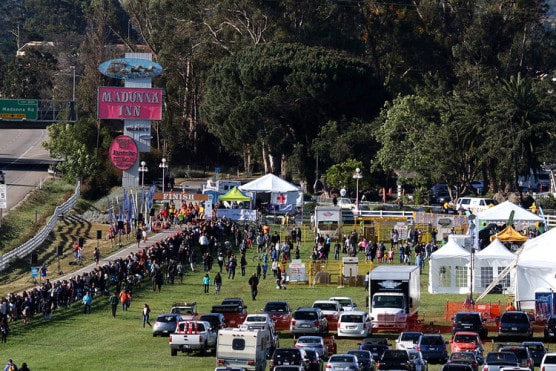 The first half of the half marathon takes runners southwest of downtown, down the wide open roads toward the Irish Hills Nature Preserve with mountain views of Cerro San Luis and Bishop Peak.

After the first five miles, runners race toward downtown San Luis Obispo, where landmarks such as the Mission San Luis Obispo de Tolosa and the Fremont Theatre greet them.

A stretch through a few blocks in the city is followed by a right turn onto Monterey Street. This portion of the race also comprises the primary uphill segment, although the incline is just a rolling hill by comparison to hills in other races. 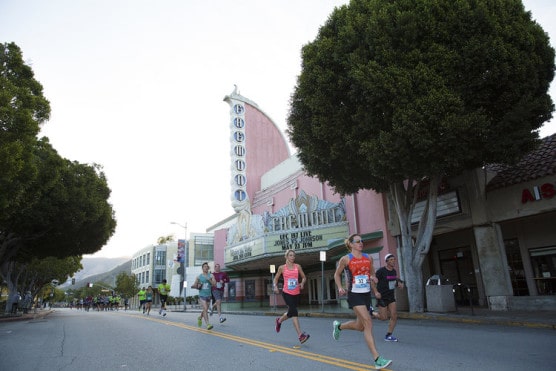 The third quarter of the half marathon leads runners through the residential neighborhood just south of California Polytechnic State University, while the final couple of miles lead runners downhill back toward downtown just west of Highway 101, along Islay Street in the direction of the city’s historic Madonna Inn, which overlooks San Luis Obispo.

Runners finish the race along 101 in the shadow of the inn as well as Cerro San Luis, which they’ll be able to see in the distance. 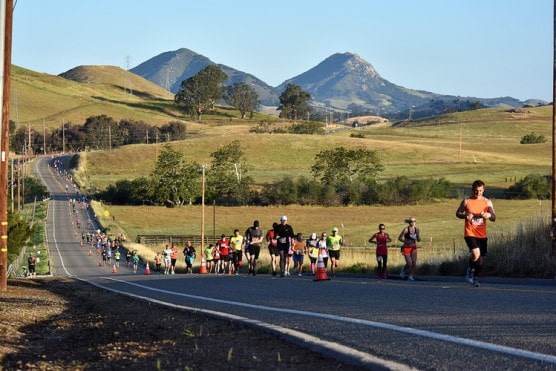 Nestled along the central California coastline, roughly halfway between San Francisco to the north and Los Angeles to the south, San Luis Obispo typically sees largely mild to warm weather and typically little rainfall in April, when temperatures average between 45ºF and 71ºF.

See the race route map for the San Luis Obispo Half Marathon here.

The race has been cancelled for 2020.

Ever run in the San Luis Obispo Half Marathon? Share your impressions here, or post your review in the Comments below.