For nearly the entire route at this Southern California race, runners get the chance to make their way along the trails and highways that line the Pacific Coast Highway, within sight of the waves crashing along the beach out in the open sun.

The race takes runners along a very fast and flat course — out 6.55 miles, and back 6.55 miles — that’s considered excellent for both first-time half marathoners and walkers as well as experienced runners looking to set personal record times.

That’s the setup for the Seaside Half Marathon, which takes runners from the Emma Wood State Beach campground, and from there heads through the beach and onto the Historic Old Rincon Highway, which today is part of the famed Pacific Coast Highway, also known as Highway 1, that stretches between Los Angeles and San Francisco and features some of California’s most stunning coastline views and natural beauty.

Most of the race is run on all-flat paved terrain, whether that’s bike paths in the early miles through Emma Wood State Beach, or the paved roadways along the Old Rincon Highway.

For runners in the half marathon, the scheduled starting time is 7:15 AM. And consider bringing a jacket or other clothing to protect against the wind — the temperature in late February averages in the mid-60s, but there are likely to be plenty of very breezy stretches along the course, thanks to its location near the ocean. 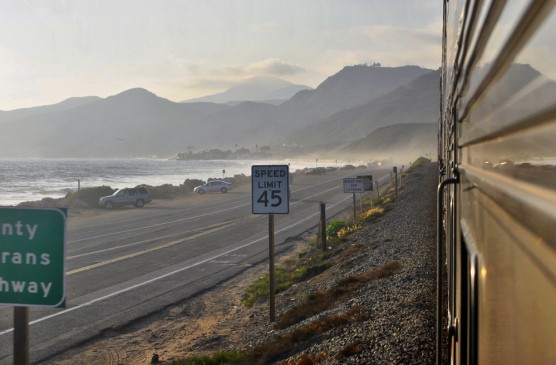 Located near the Pacific coastline of Southern California, about 65 miles west of Los Angeles and roughly 30 miles southeast of Santa Barbara, Ventura typically sees February temperatures that average between 47°F and 66°F, while precipitation amounts average about 3.9 inches for the month.

See the race route map for the Seaside Half Marathon here.

To reserve your spot in the late winter 2023 running of Ventura’s Seaside Half Marathon, 10K or 5K race, register online at LetsDoThis.com here.