Fast and flat with gorgeous views of both the Pacific Ocean and San Diego Bay, the Silver Strand Veterans Day Half Marathon, 5K & 10-Miler takes runners along the highway by the same name, along a point-to-point 13.1-mile course that runs from Coronado to Imperial Beach, which lies about 20 miles south of downtown San Diego.

In 2018, the race added the 10-mile distance for the first time, which starts with the half marathon at 7:30 AM. The 10-mile course is open to runners, walkers, inline skaters and wheelchair and hand crank athletes; the race will be capped at 5,000 entrants for the 13.1-mile distance and 1,000 for the 5K.

The race is basically one long straightaway course with only a handful of turns off its main stretch, the Silver Strand Boulevard. Runners will start the race at Sunset Park on San Diego’s North Island Naval Air Station, and follow Ocean Boulevard for roughly the first mile until it meets up with Silver Strand in Coronado.

After that, it’s all along the Strand for the next several miles of the race. Along the way, participants will get a free running tour of the U.S. Naval Amphibious base, the Silver Strand State Beach and Coronado Cays Park.

Runners meet the final stretch of the race once they reach Palm Avenue in Imperial Beach, turning right toward the beach onto Palm and then left onto Seacoast Drive for the last stretch toward the finish line at the Imperial Beach Pier.

The end will make it all worth it, organizers say, as the “party at the pier” will include massage tables, live music, a beer garden and plenty of post-race refreshments. 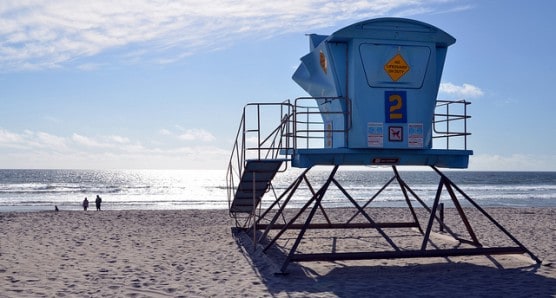 With generally mild weather conditions year-round, San Diego is considered one of the best locations anywhere in the country for running races, and the fall is no exception. In November, local monthly temperatures average between 53°F and 68°F, while rainfall amounts average just under an inch for the month.

See the race route map for the Silver Strand Half Marathon here.

To reserve your spot in the 2023 running of Coronado’s Silver Strand Half Marathon, 5K or 10-miler, register online at LetsDoThis.com here.

Ever run in the Silver Strand Half Marathon? Share your impressions here, or post your review in the Comments below.