Sunscreen, a hat and a good pair of sunglasses will be a must when you take to the highway along the desert floor of Southern California’s Coachella Valley at the 4th annual Skyborne Half Marathon and 5K race in 2014, which unfolds mostly along a single highway with views of the giant windmills of the wind farms here, and the peaks of the San Jacinto Mountains off in the distance.


Nearly 180 runners crossed the finish line at the inaugural race in 2011 — with 85 finishers in the 5K and 94 in the 13.1-mile race. The race follows an out-and-back route that starts and finishes at the entrance to the Skyborne residential community, at the intersection of Skyborne Drive and Pierson Boulevard. From there, runners make their way past the roundabout at the entrance onto Pierson, where they turn right and head west until they reach Worsley Road.

At Worsley, the race first turns left and heads south, all the way down to the first turnaround point at Dillon Road, just east of the Twentynine Palms Highway.

Once runners make the turn there, they head north along Worsley for roughly the next six miles, along a gradual uphill that peaks at the race turnaround point at Worsley and Indian Canyon Drive, just past the mile 9 marker. After making the turnaround there, runners then head south along Worsley and it’s all downhill in to the race finish, back at Skyborne from the turn off Pierson. 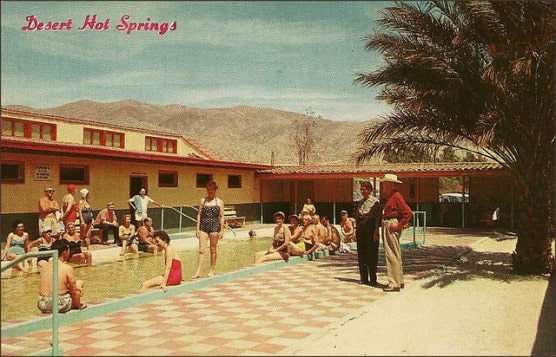 Open to both runners and walkers, the Skyborne Half Marathon doesn’t have a cutoff time, which means participants are free to finish the race at their own pace. Organizers say they plan to increase the number of water stops at this year’s race to eight, with the option to add two more on top of that if conditions warrant.

Located in California’s Coachella Valley, just north of Palm Springs and just west of Joshua Tree National Park (and about 110 miles east of Los Angeles), Desert Hot Springs typically sees its coolest weather of the year in December, a month that has seen temperatures here drop as low as 23 degrees (in 1953) and reach as high as 93 degrees (in 1958).

On race day (Dec. 6), the average low is 44ºF and the average high is 71ºF. Rainfall is rare this time of year, averaging just over half an inch for the month.

To reserve your spot in the late fall/early winter 2014 running of Desert Hot Springs’s Skyborne Half Marathon or 5K race, register online at Active.com here.