Note: The 2022 race will not include a half marathon

If you’re a baseball fan and you live anywhere near the San Francisco Bay area, this is probably the half marathon race that’s tailored exactly for you, as runners finish the race literally by crossing home plate inside San Francisco’s gorgeous Oracle Park (known as AT&T Park until 2019), the home of its Major League Baseball team, the San Francisco Giants.

There’s even a “Runner’s Night” the evening before the race at the ballpark, where the race organizers in concert with the Giants organization will offer a number of special promotions for runners taking part in the race the next morning, as well as gift giveaways and other running-themed events during the game.

As for the race itself, you’ll probably also be thankful that it’s not run through this city’s most famously hilly areas like the Presidio or the areas around Golden Gate Park — instead, most of the race takes place on the city’s northeast side, along long stretches of the Embarcadero, Fisherman’s Wharf and the Fort Mason area, where runners will also see local tourist attractions like the Coit Tower, the Ghirardelli Chocolate Factory and San Francisco’s Maritime National Historical Park.

Runners start the race within sight of Oracle Park in the area of the city known as Mission Bay, near the intersection of Mission Rock Boulevard and Terry Francois Street.

The route heads next onto Jefferson Street, which ends in the pedestrian sidewalk in front of the Maritime Museum, just before runners enter the Fort Mason area.

The route then takes runners into Fort Mason for the half-way turnaround section of the course, which brings them through Fort Mason and onto Laguna Street and Bay Street before heading back toward the water and back into the Maritime Historical Park area.

After runners make their way back onto the Embarcadero, there’s a final loop along King and 3rd Streets before runners make the turn onto Terry Francois Street, and then they follow the port walkway as it makes its way around the waterfront and into the center field entrance at the rear of the stadium.

Runners are asked to stay on the warning track as they make their way around the field, and to home plate for the finish. 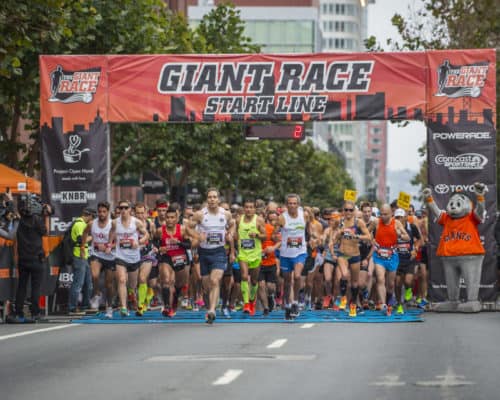 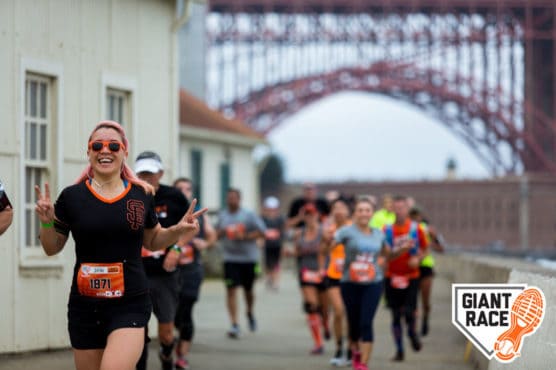 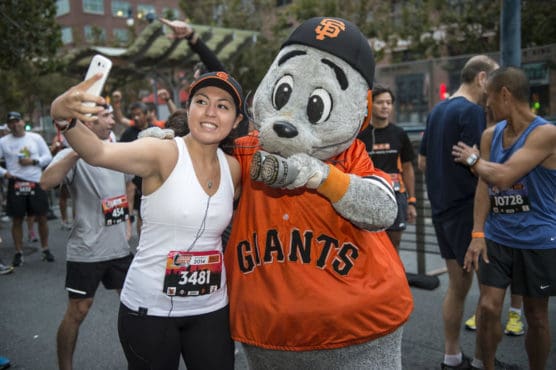 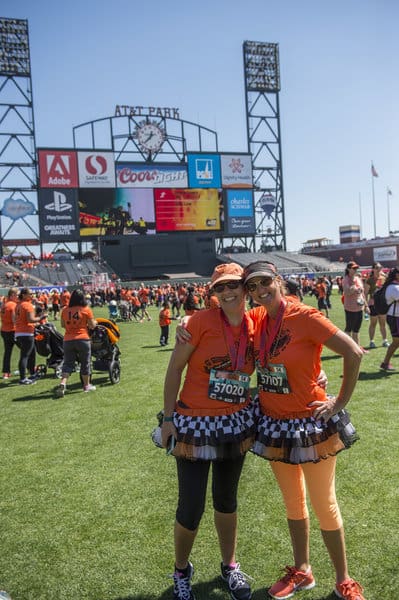 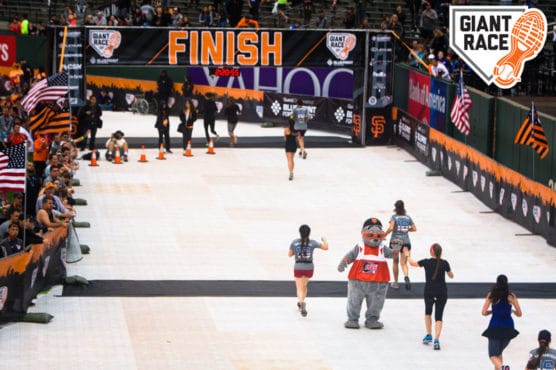 Known as the “City by the Bay,” San Francisco is home to some of the mildest weather anywhere in the U.S. at certain times of year, while also it can be quite chilly at surprising times of the year, even in the summertime.

See the race route map for the Giant Race Half Marathon here.

To reserve your spot in the 2021 virtual running of San Francisco’s Giant Race Half Marathon, 10K or 5K race, register online at RaceRoster.com here.

Ever run in the Giant Race? Share your impressions here, or post your review in the Comments below.