Challenging climbs along scenic mountain trails as well as long stretches along lakeside roads just north of Lake Tahoe in Northern California await runners at this race, which marks its 7th annual running in 2023.

This intimate-sized race, which saw just shy of 200 runners cross the finish line last year, takes runners on an out-and-back route that starts and finishes in historic downtown Truckee, a gorgeous mountain resort town that played a key role in one of U.S. history’s most notorious episodes.

Historic ‘Party.’ The episode, of course, is the story of the Donner Party — the party of settlers from Illinois who became snowbound in these mountains on their trip across the country in 1846. Delayed by a series of mistakes and stranded in the winter snows, they ran out of food and were forced to turn to measures better told here.

So you’ll be running through one of America’s most historic places when you run here, starting from the intersection of Bridge and Jibboom Streets, near Trout Creek and just north of the Truckee River.

From there, you’ll make your way west toward Donner Memorial State Park and Donner Lake, the place where the dispirited Donner Party was forced to return when they couldn’t pass through the nearby mountains.

Trails and roads. You’ll climb along trails through these hills and also run paved roads — at about the mile 2 marker, you’ll run some single-track trails that run across a plank bridge over a creek, which means you’ll need to run single file over the bridge.

After you’ve made it back onto the roads, you’ll begin making your way nearly all the way around Donner Lake, a stretch that features some of the course’s most stunning views.

Once you make your way to the intersection of Donner Pass Road and Northwoods Boulevard, that’s where the most challenging stretch of the race begins. Here, the course almost immediately begins heading sharply uphill, rising some 300 feet between miles 11 and 12.

Then it’s back downhill again the final mile or so as you make your way back into Truckee, for the race finish on the Trout Creek Trail. 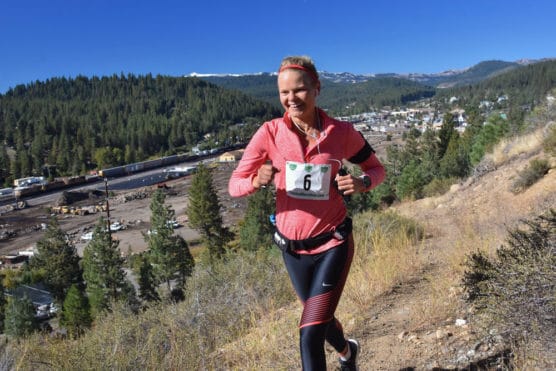 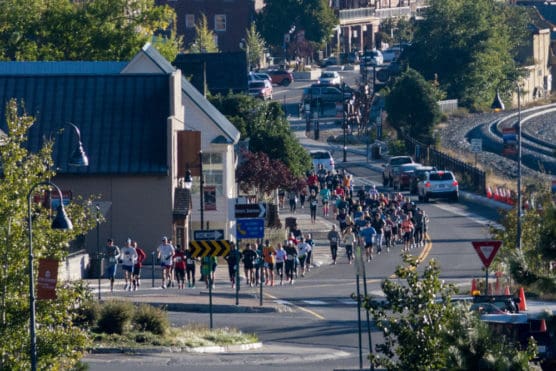 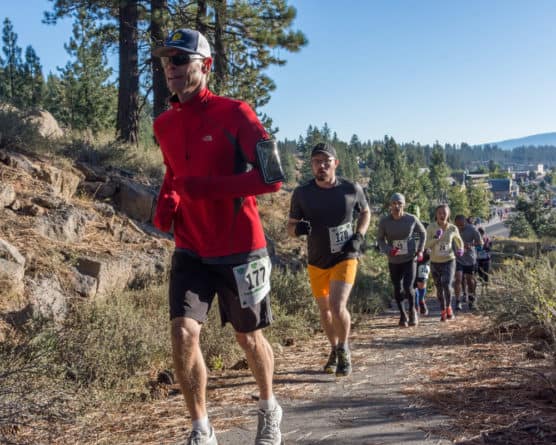 Temperatures during July average between the low 30s to the low 80s, while precipitation is low compared to the rest of the year, averaging just under half an inch for the month.

See the race route map for the Truckee Half Marathon here.

To reserve your spot in the 2023 running of California’s Truckee Half Marathon or 5K race, register online at EnMotive.com here.

Ever run in the Truckee Half Marathon? Share your impressions here, as well as anything you learned about the race that you think other runners/walkers should know.