The hilly mountain trails of the Santa Monica Mountains that overlook the San Fernando Valley from just to the northwest of Los Angeles are the backdrop at the Valley Crest Half Marathon, which marks its 19th annual running in 2022.


Known for a race day that’s often cool and overcast — with the familiar Southern California “June Gloom” conditions — the race takes runners along the winding fire roads and trails of Marvin Braude Mulholland Gateway Park, a 1,500-acre park named for the former Los Angeles city councilman who spent much of his political career in an effort to preserve the wild backcountry of the Santa Monica Mountains.

The late spring season usually means there are abundant wildflowers blooming along the race route, which follows an out-and-back course that starts and finishes at the park’s trailhead on Reseda Boulevard.

From there, runners head out on what is roughly an upside-down T-shaped course, heading out first westward through the park toward Mulholland Drive, where runners reach the first turnaround point between miles 3 and 4 near Alhama Drive.

Next, runners turn around and head east back through the park along the fire roads, making their way eastward all the way for the next six miles to the second turnaround, where Mulholland Drive and Water & Power Pole Road meet.

There, runners then make the turn and head back through the hilly parkland fire roads to the finish line back at the trailhead on Reseda Boulevard.

Though it’s known for its usual cool temperatures, the race organizers add that the weather can and sometimes does warm up this time of year, so runners should be prepared to run in warm temperatures that are typical of sunny Southern California, as well as cold weather.

The Valley Crest Half also is an RRCA State Championship race, part of the Road Runners Club of America’s series of championship races across the country. 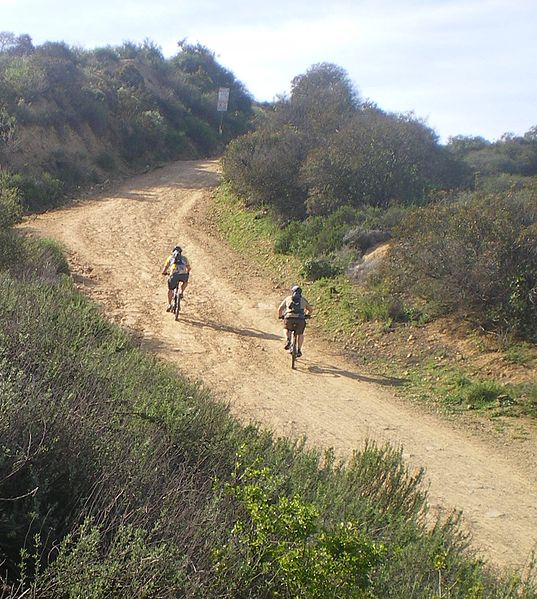 See the race route map for the Valley Crest Half Marathon here.

To reserve your spot in the 2022 running of Tarzana’s Valley Crest Half Marathon or 10K trail race, register online at UltraSignUp.com here.

Ever run in the Valley Crest Half Marathon? Share your impressions here, or post your review in the Comments below.