Part of the Hartford Track Club’s Winter Race Series, the Colchester Half Marathon marks its 30th annual running this year, for a race that typically draws a few hundred runners or more and when temperatures are often in the 30s, as wintry weather including ice, snow and sleet have frequently fallen on the day of the race.

Known for its challenging hills along the rolling New England countryside surrounding the town, the Colchester Half follows an out-and-back USA Track & Field-certified loop course that starts and finishes at Bacon Academy on Norwich Avenue. Scheduled starting time for the race is 10:00 AM ET.

From there, runners follow a clockwise route along sections of Norwich, Windham Avenue, Goshen Hill Road and McCall Road. Though most of the race unfolds along paved country roads, a roughly three mile stretch of the race takes runners along dirt roads, where they’ll need to be careful of ice and/or snow if inclement weather is in the forecast.

The last few miles of the race take runners along Roger Foot Road and back onto Norwich Avenue, where they run the final stretch back in to the finish line at the high school. After the finish, the race organizers host a post-race “carbo re-loading” party at Colchester’s Bacon Academy High School, right at the race start/finish line. 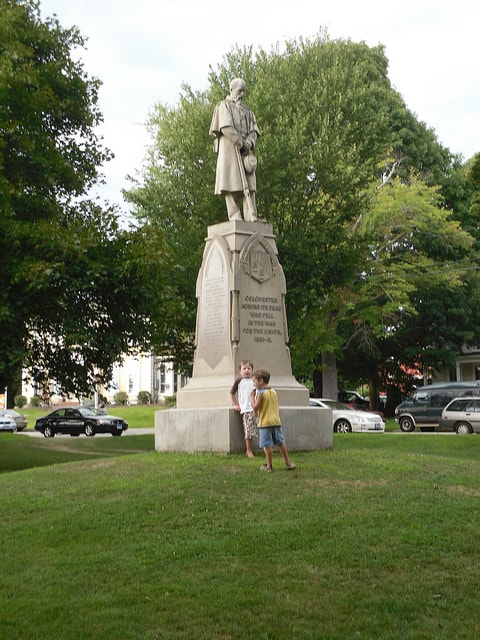 Located in the central part of the state, about 25 miles southeast of Hartford and roughly 25 miles from Connecticut’s Atlantic coastline, the town of Colchester typically experiences very cold conditions in the late winter, and usually sees its lowest rainfall (but some of its heaviest snowfall) in February.

See the race route map for the Colchester Half Marathon here.

To reserve your spot in the late winter 2023 running of the Colchester Half Marathon, register online at RaceRoster.com here.

Ever run in the Colchester Half Marathon? Share your impressions here, or post your review in the Comments below.