Now approaching its 14th annual running, the out-and-back race takes runners on a loop course that starts and finishes at the city’s Rogers Park War Memorial, and runs through the nearby towns of Danbury, Redding and Bethel. Scheduled starting time for the half marathon is 9:15 AM, followed by the 5K at 9:25 AM.

From the start at Rogers Park, runners head first west and then north along Memorial Drive through the park, and then south on Mountainville Road once they reach the outskirts of the park.

Mountainville takes them southward all the way down along the bigger of the race’s two loops (those running the 5K run only the smaller loop around the park), as Mountainville gives way to Long Ridge Road.

Runners stay on Long Ridge for the next several miles as it becomes Sidecut Road, which they follow as the course curves northward again onto Redding Road and then onto Turkey Plain Road.

Once runners reach the intersection with Reservoir Street, they turn left and then head back northward along Mountainville Road back into the park for the finish. The course is certified by USA Track & Field, and the event also includes a 5K as well as a children’s fun run. 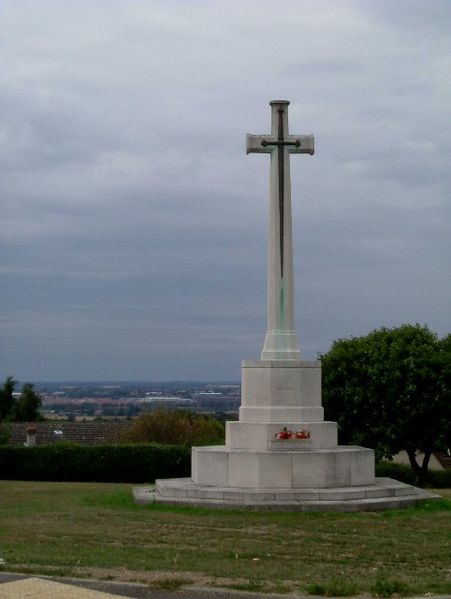 The Danbury War Memorial in Danbury, Connecticut, where the race starts and finishes. (Photo by WIkimedia).

Located in southwestern Connecticut, just over 57 miles southwest of Hartford and roughly 65 miles northeast of New York City, Danbury typically sees even precipitation year-round and cool to mild weather in April, a month that has brought record temperatures here as low as 14 degrees (in 1982) and as high as 95 degrees (in 2002).

See the race route map for the Greater Danbury Half Marathon here.

To reserve your spot in the early spring 2018 running of the Greater Danbury Half Marathon or 5K race, register online at Active.com here.

Ever run in the Greater Danbury Half Marathon? Share your impressions here, or post your review in the Comments below.