Single-track trails, challenging technical trails and stretches through a tunnel and across a river — not just over a bridge, but actually through the water in the river — await runners at the Steep Rock Half Marathon, which unfolds along these and much more within Connecticut’s Steep Rock Preserve.

Today the 974-acre preserve is part of a series of parks and preserves near Washington that spans more than 2,700 acres, but none of it would be here at all were it not for the foresight of a local architect named Ehrick Rossiter back in 1889.

At the time he was building his own home in Washington, Rossiter heard that the woods nearby were set to be cut down. He put a stop to it by buying some 100 acres of land in what is now Steep Rock Preserve, and later built carriage roads and bridges through the park so that others could come to know and appreciate the beauty of the Shepaug River Valley.

Runners in the race today — the Steep Rock Half is the third in a three-races series that also includes September’s Macricostas Preserve 10K & 5K and October’s Hidden Valley Preserve 15K & 5K — follow an out-and-back course that winds through all those acres that Rossiter had preserved, starting from the riding ring near the intersection of Tunnel Road and Lower Church Hill Road.

From there, the course winds along single-track trails for the first couple of miles, before beginning the first steep climb of the course, a more than 240-ft. jump in elevation as the course climbs up to Barnes Road.

After that, the course descends again, as runners make their way along the trails that pass by the ruins of Holiday House, once a grand hotel built in 1893 by Edward Van Ingen, a New York wool importer. Today all that’s left of it are the vegetation-covered foundation that’s surrounded by trees.

Later in the race, you’ll make your way along rocky trail descents and the Shepaug Railroad rail trail, as well as twice through the iconic Steep Rock Runnel and three times across the river — you’ll ford the cold water of the river twice just before mile 8, as there’s a small island in the river that you’ll run through before hitting the water again.

After the second time passing through the Steep Rock Tunnel, where cold air often breezes through, you’ll hit rail trail and dirt roads for the final couple of miles, which also feature mostly downhill terrain into the finish line.

In case we forgot to mention it above, there’s also the Steep Rock Summit in the second half of the race, which offers perhaps the best views anywhere on the half marathon course.

There’s nearly 2,000 feet of elevation change over the course of the race, organizers note, so come prepared for a challenging route.

Some of the single-track trails through Steep Rock Preserve at the Steep Rock Half Marathon. (Photo courtesy Steep Rock Trail Series) 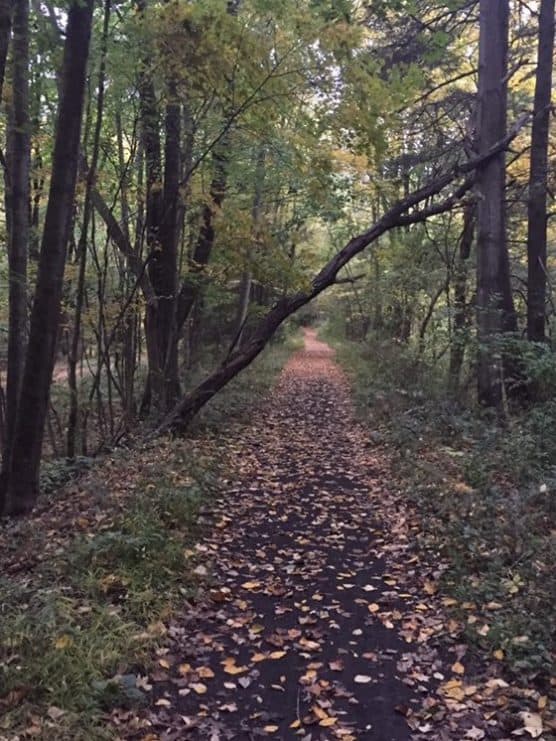 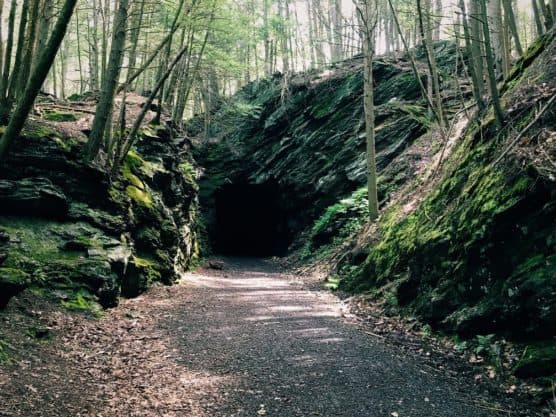 One of the entrances to the Steep Rock Tunnel, which you’ll run through at the race.
(Photo courtesy Steep Rock Trail Series) 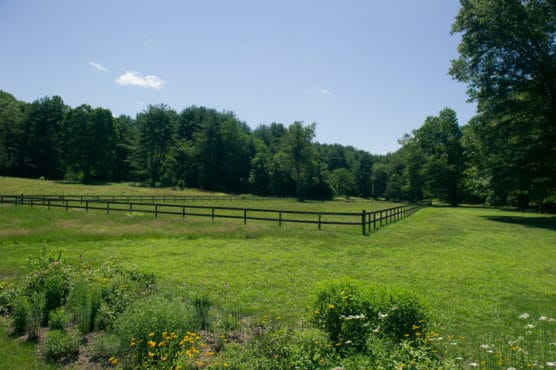 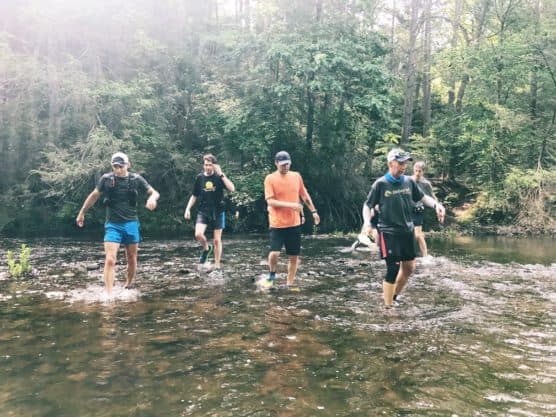 What it’s like at one of the river crossings on the half marathon course. (Photo courtesy Steep Rock Trail Series)

Located in rural western Connecticut, about 50 miles west of Hartford and roughly 90 miles northeast of New York City, Washington typically sees cooling weather in early November, as temperatures during the month average between the upper 20s and the low 50s, with steady precipitation throughout most of the year.

See the race route map for the Steep Rock Half Marathon here.

To reserve your spot in the 2020 running of Washington’s Steep Rock Half Marathon, visit the event website below.

Ever run in the Steep Rock Half Marathon? Share your impressions here, as well as anything you learned about the race that you think other runners/walkers should know.