What organizers call a race “for runners, by runners” makes its tenth annual running along the shoreline of Old Tampa Bay on Florida’s Gulf coast in mid-February 2023, at the Best Damn Race on an out-and-back route that starts and finishes at the Safety Harbor Marina.

From there, runners in the half marathon heads north along Bayshore Boulevard for a nearly two-mile-long out-and-back stretch that takes them up to Philippe Park, named for the Frenchman Odette Philippe, who reportedly introduced the grapefruit to Florida.

Next, the race heads into town, unfolding along several twists and turns along the city streets of Safety Harbor, where the Spanish explorers Pánfilo de Narváez and Hernando de Soto both landed in the 1520s and 1530s.

It was de Soto who gave the natural mineral springs in what is now Safety Harbor its name — Espiritu Santo Springs, translated as “Springs of the Holy Spirit” — in the midst of his search for the mythical fountain of youth. Following the turns in the city, which is home to just over 16,000 residents, runners head south along Bayshore Boulevard over Alligator Lake toward Cooper Bayou, where they make a right turn on San Pedro Street and head west into the Del Oro Groves neighborhood.

After a brief stretch south on Monterey Avenue, runners make a right and turn onto the Ream Wilson Clearwater Trail, a roughly 13-mile-long walking, running and cycling trail that stretches between the Gulf of Mexico at Clearwater Beach and Tampa Bay at Safety Harbor. Runners will spend nearly the next 5 miles on the wide paved trail, which includes stretches inside Cliff Stephens Park and a pair of bridge crossings over Alligator Creek.

Once they’ve made their way back to Bayshore Boulevard, there’s one last out-and-back stretch south on Bayshore, and then the final couple of miles bring runners north along the same road, past the waters of Cooper Bayou and Old Tampa Bay, all the way back to the Safety Harbor Marina for the race finish.

Proceeds from the race will go toward the Special Olympics Florida, Hillsborough County chapter. 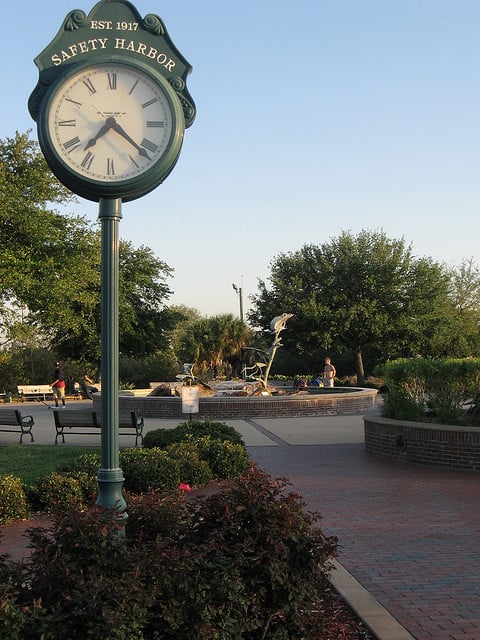 See the race route map for the Best Damn Race Half Marathon here.

To reserve your spot in the winter 2023 running of Safety Harbor’s Best Damn Race Half Marathon, register online at RunSignUp.com here.

Ever run in the Best Damn Race Half Marathon? Share your impressions here, or post your review in the Comments box below.