Thanks to the success a few years back of the inaugural Best Damn Race about an hour away in Safety Harbor, Fla., the organizers of this half marathon, 10K and 5K decided to launch a second Best Damn Race event with the same race distances in Orlando in 2014.

Like its sister race in Safety Harbor, the Orlando Best Damn Race’s proceeds go to benefit the Special Olympics Florida, and will feature what the race director calls a “Ticketmaster”-style registration that gives runners the chance to sign up for as little as one dollar. Just over 3,200 runners finished the race in 2016, including more than 1,100 finishers in the half marathon.

As with last year’s race, the courses for each of the event’s three races are planned to start near the southeast corner of Lake Eola Park along East Central Boulevard, just north of downtown Orlando. From there, they’ll follow a course that takes runners back and forth between the park and downtown, along the fast and largely flat streets of this central Florida city.

Organizers say the race will be open to a total of 3,750 runners total — 1,250 runners each in the 10K and half marathon race distances. 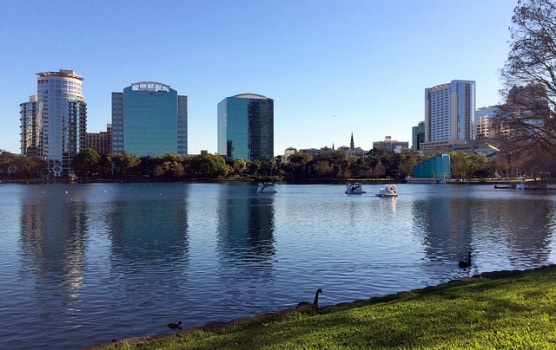 Located in central Florida, about 16 miles northeast of Walt Disney World and roughly 140 miles southwest of Jacksonville, Orlando typically sees mild to moderately warm weather in early March with moderate precipitation outside of the summer months.

To reserve your spot in the late winter/early spring 2023 running of Orlando’s Best Damn Race Half Marathon, 10K or 5K race, register online at RunSignUp.com here.

Ever run in the Best Damn Race Orlando Half Marathon? Share your impressions here, or post your review in the Comments box below.