Set for its 12th annual running through the theme parks and entertainment districts of Florida’s Walt Disney World Resort, the Disney Wine & Dine Half Marathon is planned as a “runner’s day out” event that will be run in the very early morning to avoid the Florida sunshine and heat this time of year, and will feature a food and wine festival at the finish line, at the park’s famed Epcot Center.

In addition to the individual half marathon, the race will also feature a 10K, a “Mickey’s Halloween Family Fun Run 5K” and several races for kids ages 8 and under, including 400-meter, 200-meter and 100-meter dash races, and even a “Diaper Dash” race for parents and their kids age 12 months and younger.

From the starting line at Disney’s ESPN Wide World of Sports Complex — a 220-acre sports complex that plays hosts every spring to Major League Baseball’s Atlanta Braves spring training games, and also houses a tennis complex, a track and field facility and stadiums for football and soccer — runners will head out on a point-to-point course that takes them through the streets of Disney World and past a number of the park’s attractions, including the Streets of America, the Indiana Jones Stunt Spectacular and Disney Hollywood Studios, among several others.

As runners make their way through the resort and the race’s later miles, they also run through the Disney Yacht & Beach Club’s tranquil streets and then finish the race at Epcot, where the finish line festivities will include the wine and food festival at the World Showcase facility.

More than 12,500 runners crossed the finish line in the half marathon alone at the race’s 2016 running. 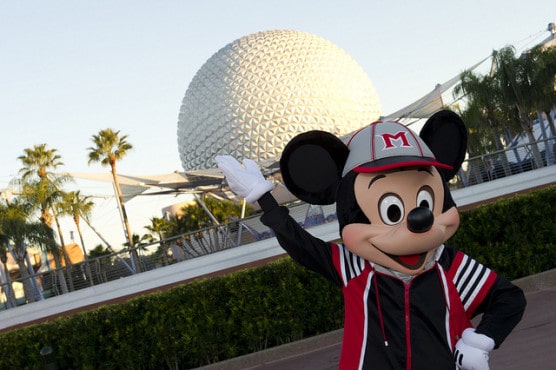 On the day of the race (Nov. 6), the average low is 59°F and the average high is 81°F, while rainfall totals average just over 2.4 inches for the month.

To reserve your spot in the 2022 running of Lake Buena Vista’s Disney Wine & Dine Half Marathon or the Fall Feast 5K race, visit the event website below.

Ever run in the Disney Wine & Dine Half Marathon? Share your impressions here, or post your review in the Comments box below.