One of a series of trail races that takes runners through the winding, twisting turns of Hialeah’s Amelia Earhart Park from February through December each year, the late November running of the Down 2 Earth Amelia Half marathon, 10K and 5K marks the series’ 9th half marathon of the year out of a total of two dozen events that take runners through this park throughout the late winter, spring, summer and late fall seasons.

The setting for the race of course is Amelia Earhart Park, which is something of an island of nature in the midst of urban surroundings.

Set just a short drive from the location where the Down 2 Earth trail races took place last year — at Oleta River State Park, just over a dozen miles to the east — this park’s 91 acres offer plentiful opportunities for wake boarding, water skiing and wake surfing on the big lake in the center of the park.

The race course will take runners over the mountain biking trails inside the park for all three races, and runners will encounter a variety of terrain along these trails — the easier trails, designed for beginning bikers, are flatter and featured some paved surfaces, while the intermediate to advanced trails are definitely more challenging.

Runners should expect plenty of twists and turns along these hard-packed dirt sections of the trails, organizers note, as well as rocks, sticks, roots, potentially muddy spots and some sharp banked turns along the route.

The starting time for the race is 7:30 AM, and due to both the time of year the race is held (late autumn) and its location (out on the trails), runners are encouraged to dress for a variety of weather conditions and to bring their own water bottles with them out on the course.

Last year’s races saw between 100 and 200 runners come out for all three races combined for most events, so entrants can expect a smaller size field of runners at these races. 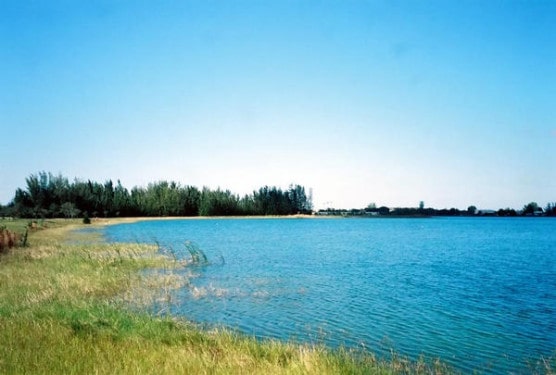 Located along the South Florida coast roughly eight miles northwest of downtown Miami, the Hialeah area typically sees some of its drier weather of the year in November, when average monthly temperatures range between 70°F and 83°F, and rainfall totals average just over 3.6 inches for the month.

See the race route map for the Down 2 Earth Amelia Half Marathon here.

To reserve your spot in the fall 2022 running of Hialeah’s Down 2 Earth Amelia Half Marathon, 10K or 5K race in November, visit Active.com.

Ever run in the Down 2 Earth Amelia Half Marathon? Share your impressions here, or post your review in the Comments box below.