Marathon of the Treasure Coast

Set for its 10th annual running here along the shores of South Florida’s Stuart, the Marathon of the Treasure Coast unfolds just a short drive from nearby Port St. Lucie and takes runners through this stretch of the “Treasure Coast,” named for the ships carrying treasure that ran aground here in the 17th century thanks to the plentiful coral reefs just off the coast.

Runners can choose from a full marathon, half marathon or the full marathon relay, which is open to teams of 2 to 4 runners each. Both races will follow out-and-back courses that start and finish in Stuart, Florida’s Memorial Park, and unfolds along the heart of Stuart.

Runners start in downtown Stuart before running west, turning on to the Boardwalk Run, and continuing east toward Sewall’s Point. After making a loop around Sewall’s Point and traversing the bridge across St. Lucie River, the finish line is just a few miles away, passing several residential streets before crossing the finish line.

The course is designed to show off the scenery and the waterfronts that the area is known for, organizers say, with plentiful views of the water along the St. Lucie River and Sewall’s Point, as well as of local shops and homes both there and in Stuart, to give runners a taste of the charm of southern Florida – and make it a great winter getaway from runners in colder parts of the country.

The half marathon and the full marathon are open to both runners and walkers, and relay teams may either run or walk their legs during the race.

The course time limit for both the half and the full marathon is 7 hours, which means that runners and walkers will need to have completed their races by 1:00 PM. 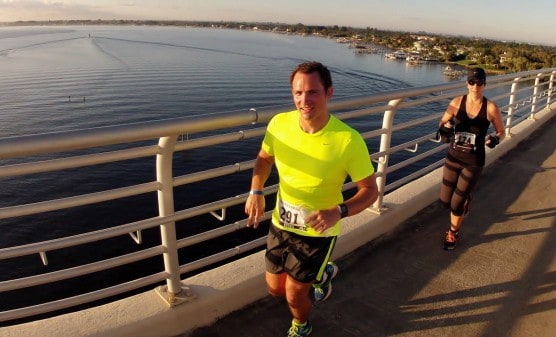 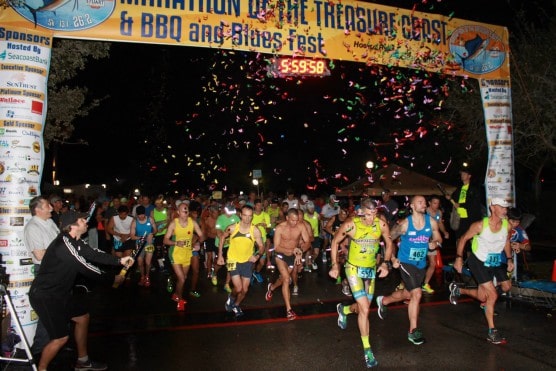 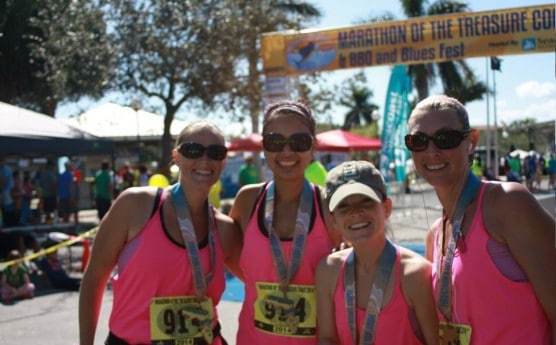 All photos courtesy Marathon of the Treasure Coast

Nestled along South Florida’s Atlantic coast, about 115 miles north of Miami and roughly 130 miles southeast of Orlando, Jensen Beach typically sees some of its mildest temperatures of the year in March, which also is the area’s fifth-driest month of the year.

See the race route map for the Marathon of the Treasure Coast Half Marathon here.

To reserve your spot in the 2023 running of Jensen Beach’s Marathon of the Treasure Coast full or half marathon, register online at RunSignUp.com here.

Ever run in the Marathon of the Treasure Coast? Share your impressions here, or post your review in the Comments below.