From its gleaming condominiums and towers that look over the waves of the Atlantic Ocean along the shoreline, Miami is no doubt one of the nation’s most colorful, cosmopolitan and unique cities, and all its charms are on display along the course at the city’s annual wintertime Miami Marathon & Half Marathon.

The race winds along an almost all-flat course and features many views of the water, the MacArthur Causeway Bridge and Miami Beach.

Both the 13.1-mile half marathon and the 26.2-mile full marathon start at Miami’s American Airlines Arena, the home of the NBA’s Miami Heat basketball team, at 601 Biscayne Boulevard.

From there, runners in both races follow the same course for the first 12.8 miles, after which those running the half will split off from those running the full and head toward the finish line, which lies just a few blocks away from the start at Bayfront Park, at 301 Biscayne Boulevard.

Because the race takes place at about sea level, almost all of the race is run along flat terrain on paved surfaces along Miami’s city streets and highways.

Runners should note they’ll have 3 1/2 hours to complete the half marathon on the course; if they can’t keep a pace fast enough to finish within 3 1/2 hours, they’ll be asked to move to the sidewalks. The finish line will be open for 4 hours, organizers note.

More than 17,500 runners crossed the finish line at the race’s 2016 running, including more than 14,500 finishers in the half marathon alone. In addition to the full and half marathon on Sunday, there’s also a Tropical 5K race on Saturday. 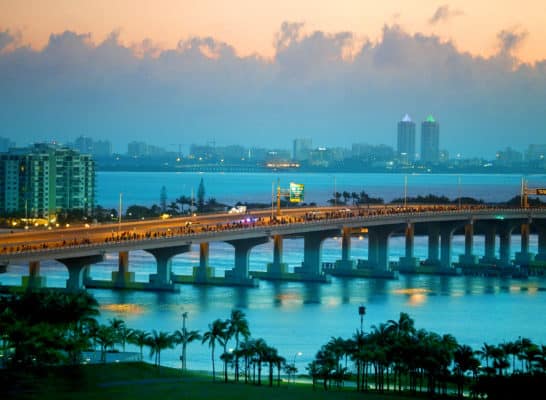 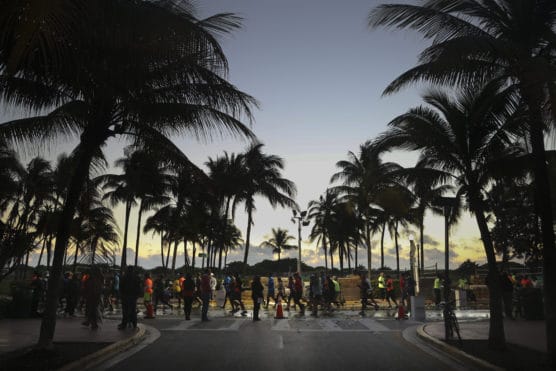 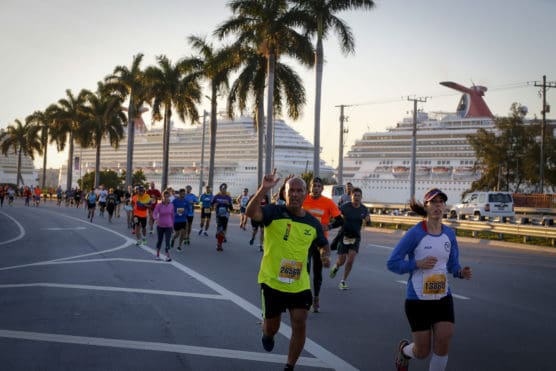 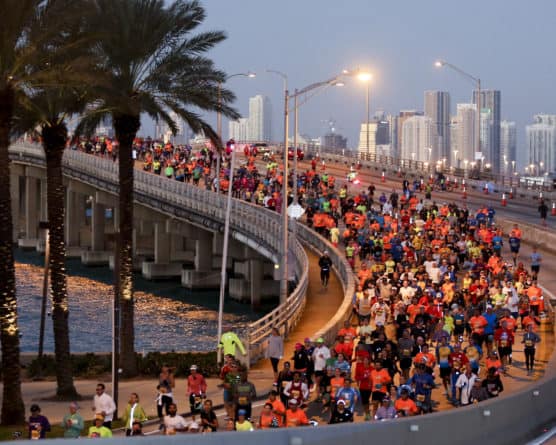 The southernmost major metropolitan area in the United States, Miami sits at the southern tip of Florida and typically sees mild to moderately warm conditions in the winter, with low rainfall compared to the spring and summer.

In February, temperatures average between 62°F and 78°F, while rainfall totals average just over 2.25 inches for the month. On the day of the race (Feb. 6), the average low is 68°F and the average high is 78°F.

To reserve your spot in the winter 2022 running of the Miami Marathon, Half Marathon or 5K race, register online at RunSignUp.com by clicking here.

Ever run in the Miami Half Marathon? Share your impressions here, or post your review in the Comments box below.