Nice and easy, gently rolling hills along central Florida’s horse breeding country is the setting for The Orthopedic Institute Ocala Half Marathon & 5K, which takes runners on a route that’s as friendly to beginners as it is enjoyable to experienced runners, along an out-and-back loop course that starts in the parking lot of a Wal-Mart Store but quickly turns into a course run along rural highways within just a few minutes of leaving the starting line.


From the starting line at Boyd Marketplace near Paddock Mall on Ocala’s Southwest 19th Avenue Road, the course takes runners southward along Southwest 34th Street and then turns onto Southwest 27th Avenue, which is also Florida Highway 475A. 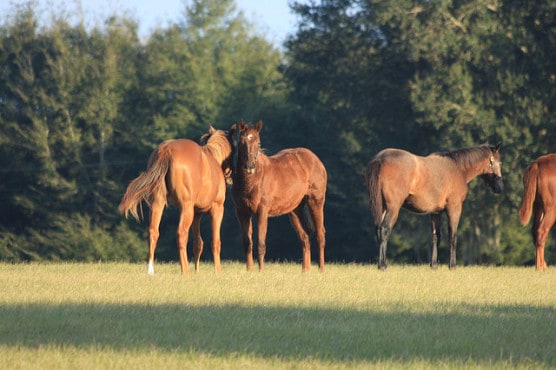 A horse farm in Ocala, Fla. (Photo by Christopher Stadler/flickr)

The course then continues making turns, taking runners along alternating straightaway stretches along Southwest 66th, 19th and 60th Avenues, running past local sights and landmarks like the Country Club of Ocala.

(MORE: Course Map for the Ocala Half Marathon)

The course reaches its turnaround point on Southeast 7th Avenue Road, and then heads back up in reverse along the same route toward the intersection with Southwest 63rd Street Road, which begins the final few miles of the race that take runners all the way to the finish line back at the Wal-Mart.

The midway point of the race includes a brief out-and-back stretch to the turnaround point, after which the rest of the course has runners heading all in one direction: back to the finish.

Though the race is a smaller one by most standards — the 2016 running of the race saw more than 500 runners cross the finish line in all the races combined — it is well-organized, according to many past participants. Organizers add that there is a 3 hour, 30 minute time limit for the event, so runners must be able to keep a pace of 16 minutes per mile or better.

Set in the central part of Florida, just over an hour’s drive northwest of Orlando, the city of Ocala typically experiences mild to moderately cool weather in the late winter season, with relatively low precipitation compared to the spring and summer months.

In January, temperatures average between 46°F and 70°F, while rainfall totals average just over 3.5 inches for the month. On the day of the race (Jan. 20), the average low is 45°F and the average high is 71°F.

To reserve your spot in the winter 2019 running of the Ocala Half Marathon or 5K race, register online at RunSignUp.com by clicking here.