Run for the Redfish Half Marathon & 5K

The flat, sandy beaches of this tourist mecca along northwest Florida’s Gulf coast will be the setting for the 2014 running of the Run For The Redfish Half Marathon, 5K & Kids’ One-Mile Fun Run, which makes its 6th annual running this year along the highway that runs right next to the waves crashing into the shore along Panama City Beach.


The race also will double as a fundraiser for the Coastal Conservation Association, a non-profit with chapters in 17 states that seeks to preserve coastal fisheries and promote awareness about conserving marine environments.

From the starting line near Panama City’s Pier Park, which lies at the intersection of Front Beach Road and Pier Park Drive, the race takes runners on an out-and-back route that unfolds entirely along Front Beach Road, all the way northwest to where the road meets Carillion Beach. 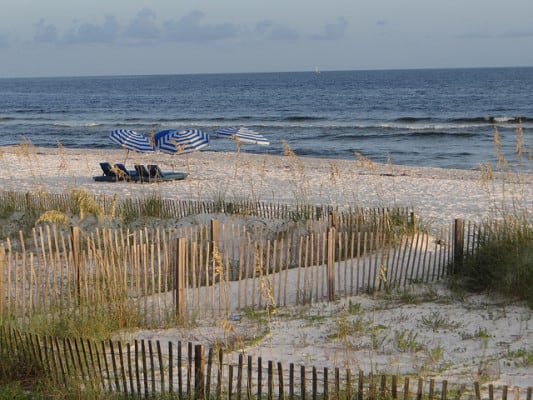 A view of the shore at Panama City Beach, Fla. (Photo by Shannon/flickr)

Once runners hit the turnaround point, they begin running back along the route they’ve just run all the way back to Pier Park, where the finish line festivities will take place at Jimmy Buffett’s Margaritaville restaurant, and there will be beer, gumbo and live bands playing too.

More than 850 runners crossed the finish line in both the half marathon and 5K combined at the race’s 2013 running. The scheduled starting time for the race is 8:00 AM, and race organizers plan to have music playing for runners all along the course.

As race director Paul Wohlford notes, “the run was created to focus on fishing, coastal and community awareness, and leading an active lifestyle as an effort to restore the perception of the Gulf of Mexico and Panama City Beach.” Known as a “family-oriented” event, the race organizers say the event also is an effort to show runners from around the country how the Florida panhandle region “has maintained its reputation for having the world’s most beautiful beaches.”

Located along the northwest Florida panhandle, looking out onto the Gulf of Mexico, Panama City typically sees its mildest weather of the year in the early winter season, when conditions are also usually drier than the late summer and fall months.

In December, temperatures range between 40°F and 64°F, while precipitation amounts average just over 4 inches for the month. On the day of the race (Dec. 6), the average low is 42°F and the average high is 66°F.

See the Run for the Redfish Half Marathon course map here.

To reserve your spot in the late fall/early winter 2014 running of Panama City Beach’s Run for the Redfish Half Marathon, 5K or kids’ fun run, register online at Active.com here.