One in a series of race events that take place across the mid-Atlantic and the Southeast each year and serve also as fundraisers for the Safe House Project, a nonprofit that helps to create refuges — “safe houses” — for the victims of sex trafficking, the Safe House Project Pensacola Half Marathon makes its inaugural running this fall.


Runners will follow an out-and-back course for the race, which starts and finishes near the Pensacola Beach Pier, along the Casino Beach Boardwalk. From there, you’ll head east along the island, running largely along Via de Luna Drive.

You’ll turn off Via de Luna at a number of points during the race, however, for twists and turns that will take you into the neighborhoods that overlook Sharp Point and along Ariola Drive, looking out onto the white sands of Pensacola Beach.

Once you reach the half-way turnaround point along State Highway 399, you’ll begin the trek back along the route you’ve just run, making your way all the way back to the pier for the race finish. 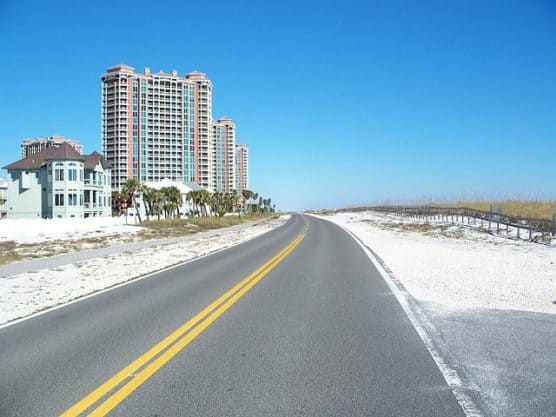 A view of the Pensacola Beach roadways. (Photo by Wikimedia)

Nestled along the Gulf Coast shoreline of the Florida panhandle, just across Pensacola Bay from the city of Pensacola, Pensacola Beach typically sees some of its mildest temperatures of the year in November, which also brings just under 4 1/2 inches of rainfall.

To reserve your spot in the 2019 running of the Safe House Project Pensacola Half Marathon or 5K race, register online at the official race website here.

Ever run in the Safe House Project Half Marathon? Share your impressions here, as well as anything you learned about the race that you think other runners/walkers should know.