Set for its 6th annual running on the weekend before Thanksgiving in the fall of 2014, the Women’s Running Series St. Petersburg Half Marathon & 5K race takes runners along the ultra-flat streets of St. Petersburg, with plenty of stretches during the race that offer views of the brilliant blue waters of Tampa Bay here on Florida’s gulf coast.


The magazine has partnered with the locally based running store Fit2Run and USA Fit Tampa Bay to bring the race to the Tampa-St. Pete area, and participants will be able to take advantage of their half-marathon coaching and group runs in the weeks and months leading up to the race. The race is open to walkers as well as runners, and participants will need to finish the half marathon within 4 hours (and the 5K within one hour).

Both the 5K and the 13.1-mile half marathon share the same starting line, on Bayshore Drive in front of the famed Mahaffey Theatre, near the Dali Museum, Al Lang Stadium and Albert Whitted Park. From there, runners and walkers start out by reversing the counter-clockwise route used in recent years, and instead head west, first by heading north along 1st Street and then west along 1st Avenue.

Once runners reach 23rd Street, they’ll turn right and run one block, and then turn right again on Central Avenue. They’ll continue along Central for roughly the next mile and a half until they reach 6th Street, where the course turns left and brings runners up for a loop around Mirror Lake. Then the course heads onto 2nd Avenue and heads east toward the St. Petersburg Pier, turning left there onto Bayshore Drive. 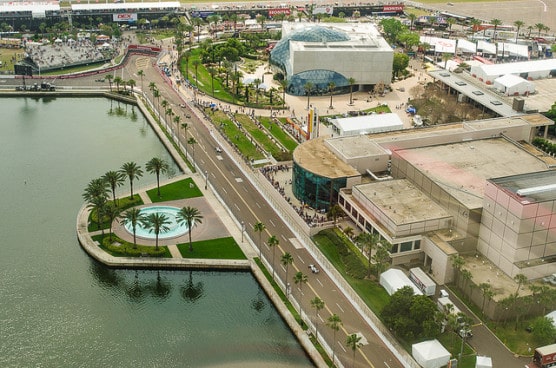 After this stretch, runners have finished the only real changes in elevation found on the course — the rest of the way is virtually all flat. The next few miles bring runners north along Bayshore Drive and North Shore Drive, for a stretch that also takes them through Vinoy Park and Flora Wylie Park before they make the turn onto Coffee Pot Boulevard.

Here, they’ll continue along the waterfront as they make a loop nearly all the way around Coffee Pot Bayou, through palm-tree-lined residential neighborhoods past the golf course all around the water, and then head back across the Snell Isle Boulevard bridge and back to North Shore Drive, which brings them back south along Bayshore Drive toward the area where the race started.

Once they make it back to Bayshore and 2nd Avenue, there’s a final out-and-back stretch to the end of the St. Petersburg Pier — known locally as “the Pier” —  and then it’s back onto Bayshore for one last left turn before hitting the home stretch to the finish line back at the Mahaffey Theater, where the post-race festivities and award ceremonies will be held.

Just over 3,500 runners and walkers crossed the finish line in both races combined at the race’s 2013 running, including more than 2,800 finishers in the half marathon alone. 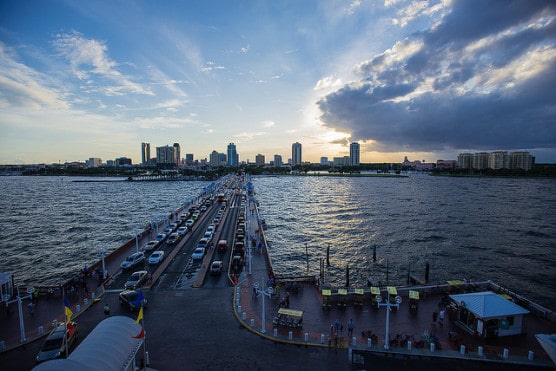 Located along Florida’s Gulf coastline, overlooking the blue waters of Tampa Bay, the city of St. Petersburg typically experiences mild to moderately warm weather conditions in the mid-fall season, as well as some of its driest weather of the year on average.

In November, temperatures average between 63°F and 77°F, while rainfall totals average just over 2 inches for the month. On the day of the race (Nov. 23), the average low is 61°F and the average high is 75°F.

To reserve your spot in the late fall 2014 running of St. Petersburg’s Women’s Running St. Pete Half Marathon or 5K race, register online at the event website here.

Ever run in the Women’s Running St. Petersburg Half? Share your impressions here, or post your review in the Comments box below.