More than 1,000 runners make their way along the paved roads and trails of Georgia’s most historic Civil War battlefield sites each year at the 43rd annual running of Fort Oglethorpe’s Chickamauga Battlefield Marathon, Half Marathon & Junior Marathon, up from a few hundred runners finish the race’s half marathon in earlier years.

Both the half marathon and the full marathon share the same starting line and time, at 7:30 AM at the 6th Cavalry Museum near the visitor center entrance on the northern end of Chickamauga & Chattanooga National Military Park.

From there, those running the 13.1-mile race follow an out-and-back loop course that winds in a roughly clockwise direction through the park, giving runners ample views of the approximately 1,400 memorials, cannons and monuments that commemorate the Battle of Chickamauga, the bloodiest two-day battle of the Civil War, which claimed the lives of nearly 4,000 Confederate and Union soldiers in September 1863.

Needless to say, the park today is a much more peaceful place whose 5,500 acres are filled with forests, streams, wide-open grassy meadows, and horse and hiking trails through the woods.

The loop course takes runners past a number of the park’s natural scenic features as well as its historic military memorials, and finishes back where the race started at the 6th Cavalry Museum. Along the way, the race route includes numerous rolling hills, which race organizers describe as “challenging but not extraordinarily difficult.”

In addition to the 26.2-mile and 13.1-mile races, the event also features a “junior marathon” open to kids in grades 1 – 6. Participants in the Jr. Marathon run the final mile of a total of 26.2 miles on the day of the race, after completing 25.2 mile during the summer and fall leading up to the race day. 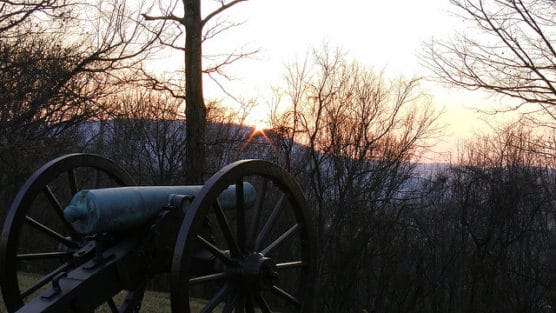 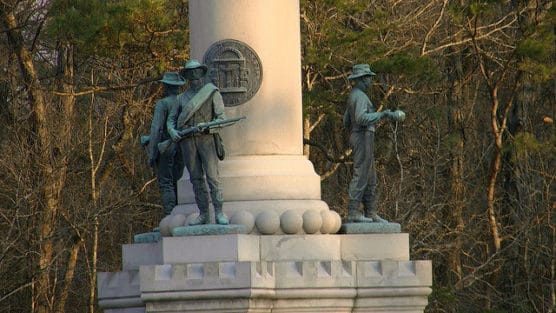 One of the many monuments you’ll see along the race route at the Chickamauga Battlefield Half Marathon. (Photo by TJJohn12/flickr) 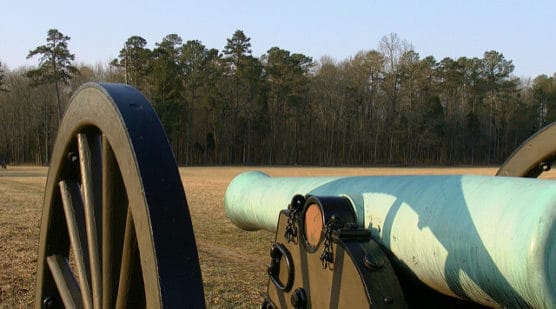 The scenery inside the park at the Chickamauga Battlefield Half Marathon. (Photo by TJJohn12/flickr)

Located in the northwestern corner of the state, just over 11 miles south of Chattanooga, the small Georgia town of Fort Oglethorpe typically experiences cool to mild weather in the fall, and wetter weather in the fall and spring than in the summer.

In November, temperatures average between 40°F and 61°F, while precipitation totals average just under 4.9 inches, making November the city’s third-wettest month of the year.

See the race route map for the Chickamauga Battlefield Half Marathon here.

To reserve your spot in the 2023 running of the Chickamauga Battlefield Marathon, Half Marathon, Jr. Marathon & 5K, register online at the Chattanooga Track Club here.

Ever run in the Chickamauga Battlefield Half Marathon? Share your impressions here, or post your review in the Comments below.