Nestled just off the coast of Savannah near Wilmington Island and the mouth of the Savannah River along the border between Georgia and South Carolina, Tybee Island still has much of its wild, untamed natural beauty, scenery that runners will get to take in at the annual Critz Tybee Run Fest.

Now set for its 15th annual running, the race actually dates all the way back to the late 1970s, when it was run as the March of Dimes Marathon at the nearby Hunter Army Airfield.

Over the years, it changed its name a few times as well as its venue — to the Savannah Marathon and then the Tybee Maritime Marathon, to which the half marathon was added for the first time in 1995.

Today, the race is run on Tybee Island’s downtown city streets and near the end of the island around the Tybee Island Lighthouse and the Fort Screven historic district, which served as an active fort between 1899 and 1947, when it was decommissioned.

It’s perhaps best known for its famous Army general George C. Marshall, who would go on to develop the Marshall Plan that rebuilt Europe after the devastation of World War II.

Runners start the half marathon — like the other races in the event, which includes a kiddie run and a 5K on Friday, followed by the half marathon, 10K, 2.8-mile and 1-mile race on Saturday — near Memorial Park on Tybee’s 15th Street, just off Butler Street.

From there, the route takes runners to both ends of the 21-square-mile island and passes by sights such as Jaycee Park and the historic Tybee Island Light Station, one of handful of 18th-century-era lighthouses still in operation in the United States. 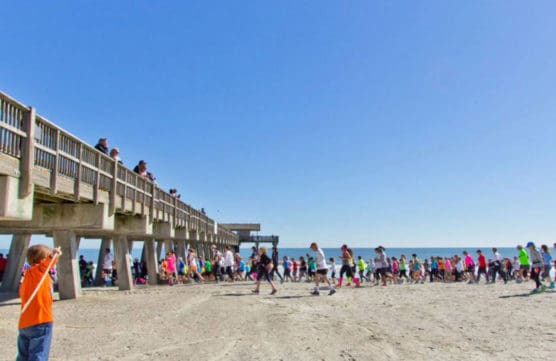 Participants are cautioned to remember that the roads for this event remain open to traffic, so runners are encouraged to stay in the right lane at all times, unless directed otherwise by race organizers or traffic police.

While you’re in town, you’ll likely also see signs or hear stories about the “Tybee Bomb,” an unexploded atomic bomb that was dropped into the ocean off the coast of Tybee in the late 1950s and never recovered, even after multiple attempts to find it.

Though in past years the race also included a full, 26.2-mile marathon, since 2014 the half marathon has been the longest race distance offered. 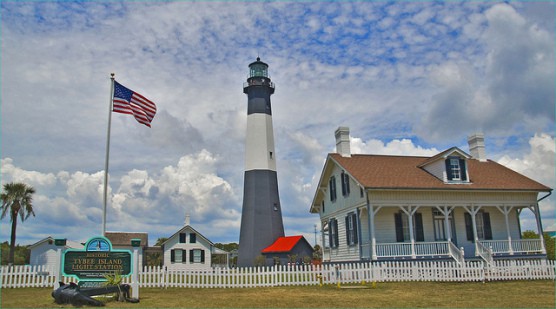 Located just off the Georgia coastline, about 18 miles east of downtown Savannah, Tybee Island typically sees February temperatures that average between 39°F and 61°F, while rainfall totals average just over 3.3 inches, making February its fifth-driest month of the year.

To reserve your spot in the winter 2023 running of the Critz Tybee Run Fest Half Marathon, 10K, 5K or one-mile run, register online at RunSignUp.com here.

Ever run in the Critz Tybee Run Fest Half Marathon? Share your impressions here, or post your review in the Comments box below.