Runners will get the chance to navigate the flat, scenic streets of Georgia’s oldest city at the all-new Publix Savannah Women’s Half & 5K, which makes its fourth annual running this year from the largest of the city’s signature parks and finishes in front of one of its most recognizable landmarks, the Forsyth Park fountain.


The race is set to begin in the heart of Savannah’s historic district, along Drayton Street at the edge of Forsyth park, whose 30 acres were first set aside for recreation and relaxation back in the 1840s. From there, the out-and-back race route unfolds first by heading toward the Savannah Riverfront, taking runners north to Byron Street downtown.

Once they reach downtown, they’ll turn left and head west along Bryan Street and past the first two of 10 of Savannah’s historic squares, which were laid out when the city was designed on a grid back in 1733. Most of them — like Ellis and Johnson squares, which runners pass near the mile 1 marker — are named for historic people and events in Georgia’s history. 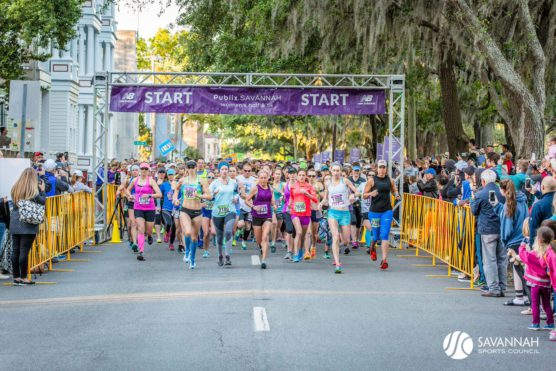 After making their way around Franklin Square, runners head south and east along the flat Savannah streets for a stretch that takes them past three historic squares, nearly all of which are lined with trees draped in Spanish moss as well as gorgeous historic homes and buildings, many of which date back centuries. Runners follow Whitaker Street all the way back south in the direction of Forsyth Park and turn left on Duffy Street.

Here, the race takes runners from the historic district and into the city’s Ardsley Park neighborhoods, and the race becomes almost an architecture tour of Savannah. There’s a gentle downhill between miles 5 and 6 and then a section that takes runners out and back to two turnabouts, almost like the spokes of a wheel, and then into the 80-acre Daffin Park. 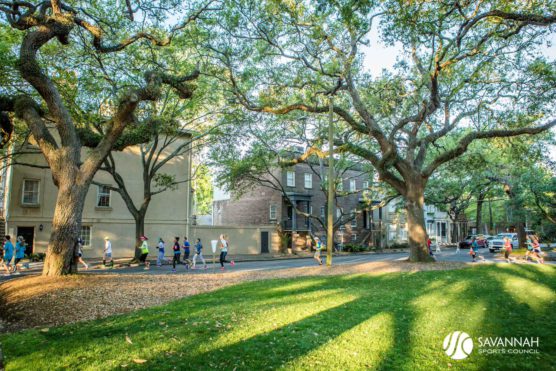 The course takes runners all the way to the eastern end of Daffin Park and enters the park next to Grayson Field, the home of the Savannah Bananas Coastal Plain League baseball team. After that, runners head back onto Washington Avenue and then start the return route back to Forsyth Park, where they’ll cross the finish line at the park’s famous fountain. 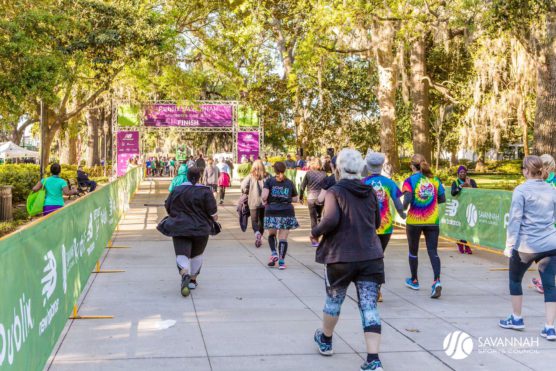 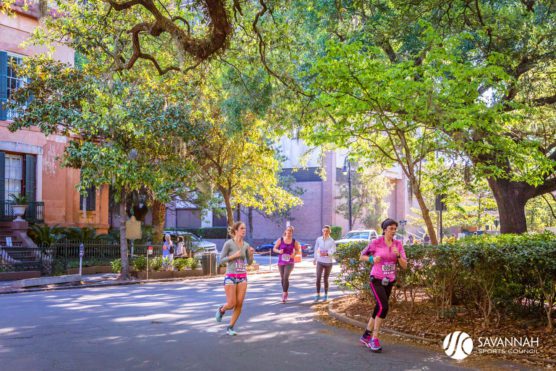 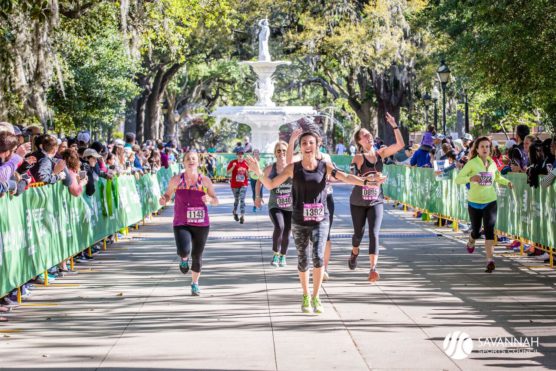 Located in Georgia’s southeast corner, miles up the Savannah River from the Atlantic Ocean and about a five-hour drive from Atlanta, Savannah typically sees April temperatures between the mid-50s and the low 80s, while rainfall amounts average about 3.7 inches, which is average for Savannah’s moderate year-round precipitation.

To reserve your spot in the spring 2022 running of the Publix Savannah Women’s Half or 5K race, register online at HakuApp here.

Ever run in the Publix Savannah Women’s Half? Share your impressions here, or post your review in the Comments below.