Set for its 7th annual running along the “edge of the world,” the ragged western coastline of Hawaii’s Big Island, this half marathon follows an out-and-back course along Ali’i Drive and features stunningly beautiful views of the coastline of Kailua-Kona and the Pacific Ocean.

Runners (and walkers, the race is open to both) in both the half marathon and the full marathon will start the race at the Coconut Grove Marketplace on Ali’i Drive. From there, the race heads south all the way to the area called the “Pit” at the “end of the world,” the dramatic cliff along the edge of the island.

You’ll look out onto Kualanui Point at the turnaround point, and pass by beaches, golf courses, parks and neighborhoods, as well as the waters of Kahului Bay and Komoa Point along the way.

While much of the route is filled with gently rolling hills, in the mile or so before you reach the half-way turnaround point there’s a climb of about 200 feet — and then a descent of the same degree when you make the turn and head back north along Ali’i Drive.

The course will feature 4 aid stations along the route — about one aid station at every 1 1/2 miles. Runners in the half marathon will run the out-and-back route a single time, while runners in the full marathon run it twice. 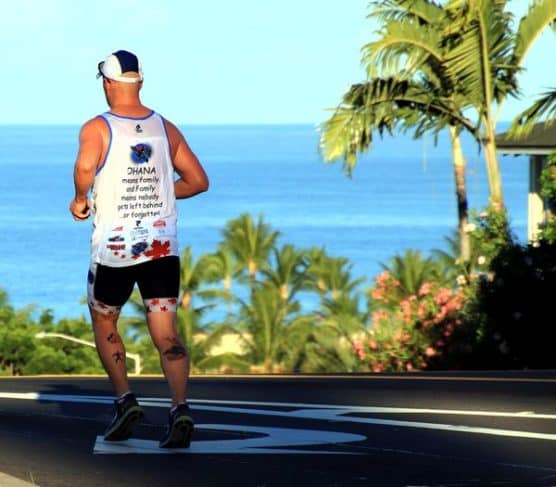 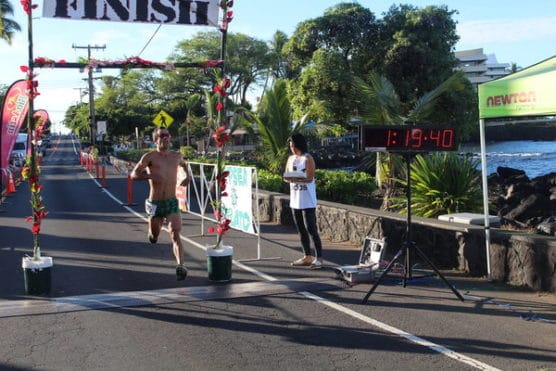 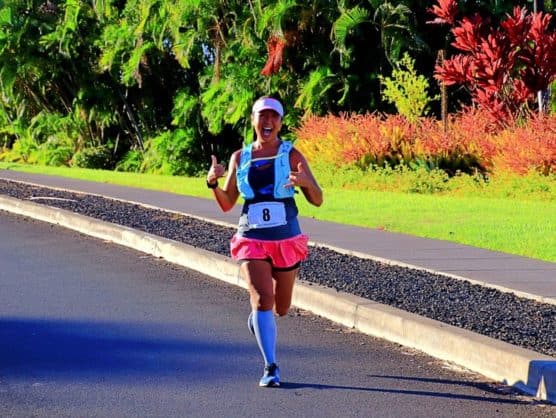 Nestled along the west coast of the Big Island, Kailua-Kona typically sees warm weather year-round, as temperatures in November average between the low 70s and the mid-80s, and the area usually stays pretty dry, averaging just over an inch of precipitation for the month.

See the race route map of the 100% Pure Kona Coffee Half Marathon here.

To reserve your spot in the 2022 running of the 100% Pure Kona Coffee Marathon or Half Marathon race, register online here.

Ever run in the 100% Pure Kona Coffee Half Marathon? Share your impressions here, as well as anything you learned about the race that you think other runners/walkers should know.