Filled with plenty of hills that wind through the trails of Hawaii’s Gunstock Ranch, a real working horse and cattle ranch nestled in the shadow of the Ko’olau Mountains just off Oahu’s North Shore, the Paul Mitchell XTERRA Gunstock Trails Half Marathon & 5K makes its 10th annual running this fall.


Runners start the out-and-back course for the race at the Gunstock Ranch, which lies about a mile north of downtown Laie on the Kamehameha Highway, and just west of the Malaekahana State Recreation Area.

The next portion of the race — for those running the half marathon — continues on eastward and southward, roughly in the direction of the campus of Hawaii’s Brigham Young University.

Once runners make their way down to the southern edge of the campus, they hit the race turnaround point and then start retracing their steps along the route they’ve just run, all the way back northward along the trails nearly all the way back to where they split off from the 5K runners.

Once they make it back, they’ll turn left and follow the trail west again for a brief loop and then back to the northernmost part of the trail they ran earlier in the race, during the mile 1 through mile 3 stretch.

The final mile of the race features a big downhill descent into the finish line, which lies back at the starting area. Runners can expect to see horses and cows along the trail, and should be prepared for muddy and wet terrain, depending on the weather in the days leading up to the race. 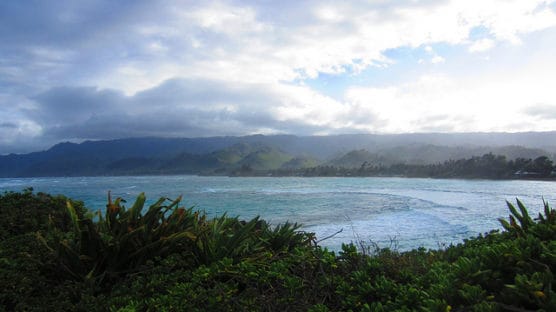 Nestled along the northern shore of Oahu, just over 30 miles north of Honolulu, Laie typically sees October temperatures that average between 83°F and 71°F, while rainfall totals average about 3.25 inches each year.

See the race route map for the Gunstock Trails Half Marathon here.

To reserve your spot in the 2019 running of Laie’s Gunstock Trails Half Marathon or 5K race, register online at ChronoTrack.com.

Ever run in the Gunstock Trails Half Marathon? Share your impressions here, or post your review in the Comments below.