More than 4,000 runners and walkers crossed the finish line in both races combined last year at the Chicago Spring Half Marathon & 10K, which is part of the Chicagoland Half Marathon Series (that also includes September’s Chicago Half Marathon).


The race is a largely fast and flat one, as it unfolds near the elevation of the lake and the course never rises more than about 25 feet in elevation from its lowest point. There are rolling hills here and there along the route — which starts along the Lakeshore Trail, near North Lake Shore Drive and East Randolph Street — there are also plentiful flat stretches.

Along the race route, runners will get to see some of the sights and attractions for which the Windy City is most famous — from the Navy Pier near the starting line to the trails that run alongside Lake Shore Drive southward down to where the race turnaround points occur, near the Field Museum, Shedd Aquarium and Soldier Field, the home of the National Football League’s Chicago Bears.

Runners make their way south along Lake Michigan for the first six miles of the race to the turnaround point at Morgan Point, which looks out onto Morgan Shoal. After that, runners then head back north along the lakeshore, passing the 31st Street Harbor, Burnham Harbor and Monroe Harbor to the finish line at Lake Shore East Park.

The course time limit is 3 1/2 hours, which means runners will need to keep a pace of 16 minutes per mile or better in order to complete their 13.1 miles within the time limit. Organizers say the race will be open to a maximum of 6,000 entrants. 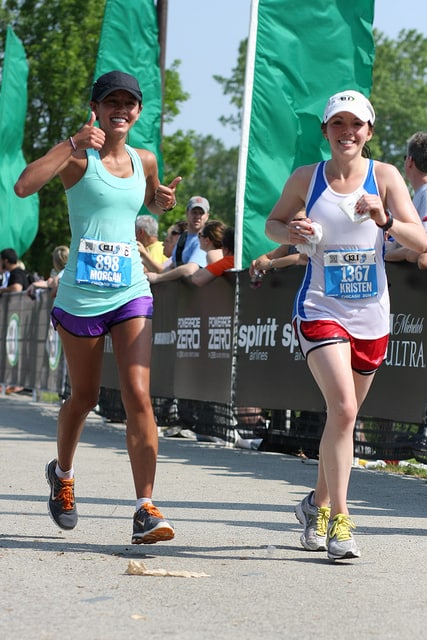 Known perhaps most famously as the “Windy City,” Chicago in the springtime typically experiences weather conditions that are warming up but can be still quite cold, with occasional rainfall. In May, record temperatures here have fallen to as low as 32 degrees (in 1954) and risen as high as 94 degrees (in 1991).

See the race route map for the Chicago Spring 13.1 here.

To reserve your spot in the May 2022 running of the Chicago Spring Half Marathon or 10K race, register online at RunSignUp.com here.

Ever run in the Chicago Spring Half Marathon? Share your impressions here, or post your review in the Comments below.

See more races in: May, Illinois