Note: The 2020 event has been postponed.

Set for its 12th annual running this year under the “Rock & Roll” marathon banner, the Rock ‘n’ Roll Chicago Half Marathon is part of a tradition of huge, diverse road races in the Windy City that draw runners from around the country and whose winners make headlines across the country every year.

The 13.1-mile course for the race starts and finishes in Grant Park, the 319-acre park on the city’s downtown lakefront that is home to the world-famous Buckingham Fountain and the Art Institute of Chicago, both seen in many movies but perhaps most cleverly in Ferris Bueller’s Day Off.

A newly revamped course for the Rock ‘n’ Roll Chicago race debuted recently, designed to incorporate more of downtown Chicago’s city streets and to include a crossing over the Chicago River.

The race route takes runners through the streets of the Windy City’s downtown for the first two-thirds or so of the race, unfolding with a stretch outside Grant Park and heading out toward the Navy Pier. Runners will cross over the Chicago River twice in the first couple of miles, and then twice again right after passing the mile 3 marker.

All of this part of the race is largely flat terrain. After runners pass the mile 9 marker, the race heads out onto the parks along Lake Michigan, taking them past Soldier Field, Chicago’s Field Museum, the Shedd Aquarium and through the southern end of Grant Park before finishing in front of the Buckingham Fountain.

Scheduled starting time for the race is 6:30 AM, and runners and walkers — the race is open to both — will have 3 hours and 30 minutes to complete the half marathon before the course officially closes. 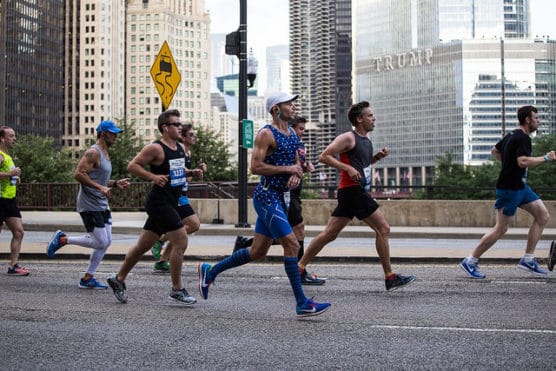 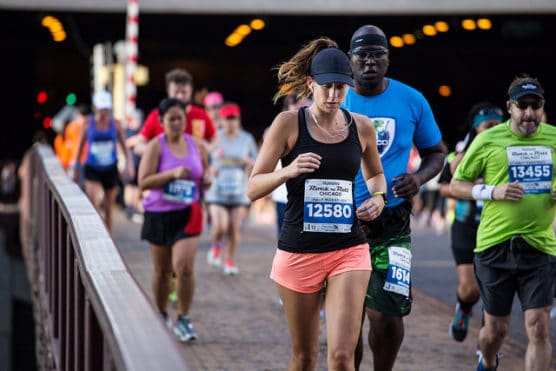 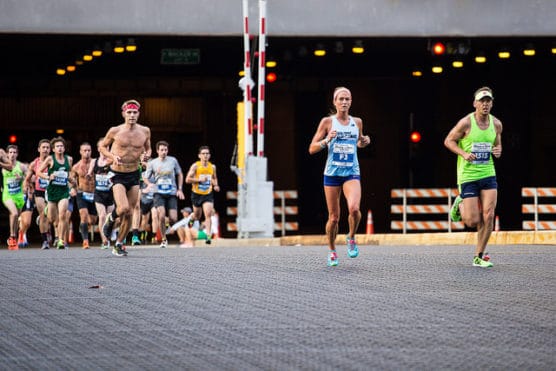 Known for its often harshly cold winter seasons and warm, sunny, balmy summers — locals sometimes joke that the city has just two seasons, “snow and construction” — Chicago enjoys some of its warmest weather of the year on average in July, which has brought record temperatures here as low as 51°F (in 1975) and as high as 102°F (in 1991).

To reserve your spot in the summer 2020 running of the Rock ‘n’ Roll Chicago Half Marathon or 5K, register online at Active.com here.

Ever run in the Rock ‘n’ Roll Chicago Half Marathon? Share your impressions here, or post your review in the Comments below.