Set to take runners on the winding trails and park roads that unfold through Fort Harrison State Park just outside Indianapolis — a 1,700-acre park named for President Benjamin Harris, who hailed from the nearby capital — the Indy Half Marathon at Fort Ben makes its 27th annual running this year.

That’s after more than 2,100 runners crossed the finish line at last year’s race — including more than 1,300 in the half marathon and just over 960 in the 5K — which has been recognized by Runner’s World magazine as one of the nation’s most scenic half marathon courses.

Runners start the race at the southeastern corner of the park along Lawton Loop Drive, near the Fort Harrison State Park Inn. From there, they begin a winding route first along the roads that wind around the edges of the park, and then onto the Harrison Trace Trail, which runs through the heart of the inside of the park.

It’s through these stretches that we some of the race’s biggest hills — particularly between miles 2 and 3 — and some of its most scenic stretches, as they unfold through the area that more than a century ago was opened by then-president Theodore Roosevelt, as a military fort (called Fort Harrison) complete with barracks, officer’s quarters and a hospital.

It was home for a time to the 10th Infantry Regiment and also served as a Civilian Conservation Corps camp as well as a camp for prisoners of war during World War II. Today, it’s home to a Museum of 20th Century Warfare as well as plentiful walking and running trails and one of the area’s biggest and most popular hills for sledding in the winter.

You’ll get to check out all of this as you make your way through the park, which features lots of flat stretches but the hills you’ll see between miles 2 and 3, as well as between miles 8 and 11, when you’re running along the Harrison Trace Trail. 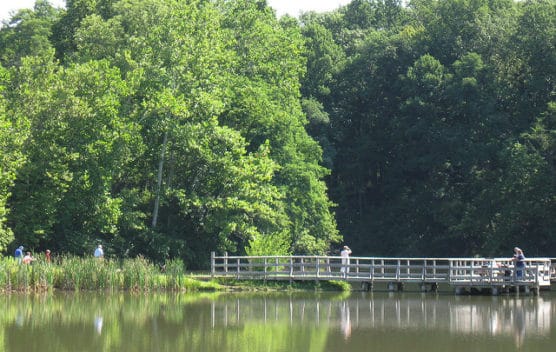 Located in roughly the geographic center of the state, Indianapolis typically sees some of its mildest weather of the year in October, when temperatures average between the mid-40s and the mid-60s, and rainfall amounts average just under 3 inches for the month.

See the race route map for the Indy Half Marathon at Fort Ben here.

To reserve your spot in the 2023 Indy Half Marathon at Fort Ben or 5K race, register online at the official race website below.

Ever run in the Indy Half Marathon? Share your impressions here, as well as anything you learned about the race that you think other runners/walkers should know.