Half on the Head Half Marathon & 10K

The dramatic rocky coastline of southwestern Ireland’s Kerry Head Peninsua is the setting for the summertime running of the Half on the Head, which unfolds along some of the most wild and untamed stretches of this part of Ireland, along the highway known as the Wild Atlantic Way as waves crash along the shoreline.


Run “the most scenic half marathon in Ireland.” The race offers up the verdant scenery of Ireland’s wild western coast, a land famous for its wind-whipped meadows atop soaring cliffs as well as peaceful, serene beach towns in the lowlands near the coastline.

The road you’ll be running on for much of the race, the Wild Atlantic Way, is known as one of Europe’s most scenic places to drive. It stretches more than 1,600 miles in length, all the way from Derry at the northern tip of the island all the way down its western coast nearly to Cork at its southernmost point.

Along the route, you’ll get to see weather-beaten cliffs, mountains and beaches, and even finish at the feet of Ballyheigue Castle.

Start and finish in Ballyheigue. You’ll begin the race in this small seaside town overlooking Blue Flag Beach, and then head north for a stretch through the Shannon Estuary, running along country roads as you head east and north.

The next stretch begins the big, sweeping loop along the Kerry Head Peninsula, named for the tiny island that lies just off its coast. This area is rich in archaeological treasures like the Cahercarbery Forts, a set of ruins believed to be some 2,000 years old at the western tip of the peninsula.

You’ll also get to see the nine-hole golf course in town and the sea oats swaying in the wind, blowing out to sea. All throughout the race, if the weather is clear you can take in views of Mount Bandon and Banna Strand, as well as Tralee Bay as you make your way back to the village, to the finish line in front of the castle. 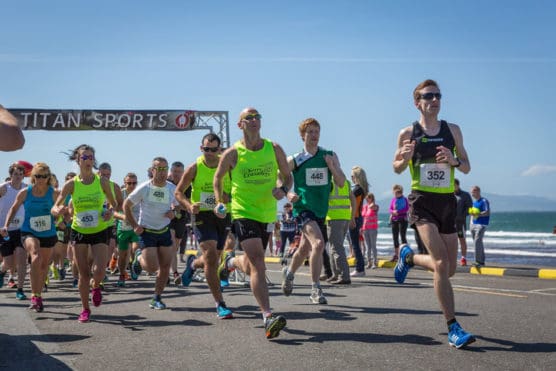 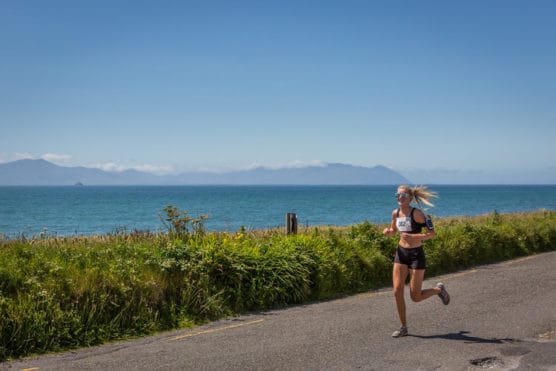 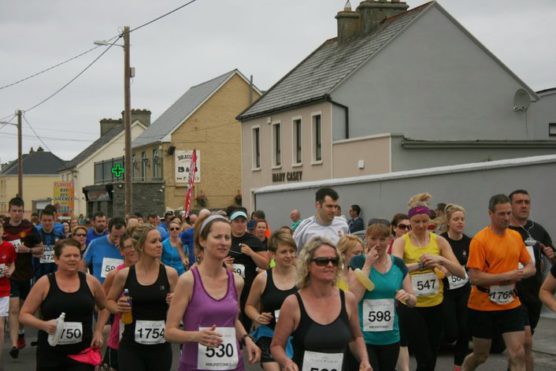 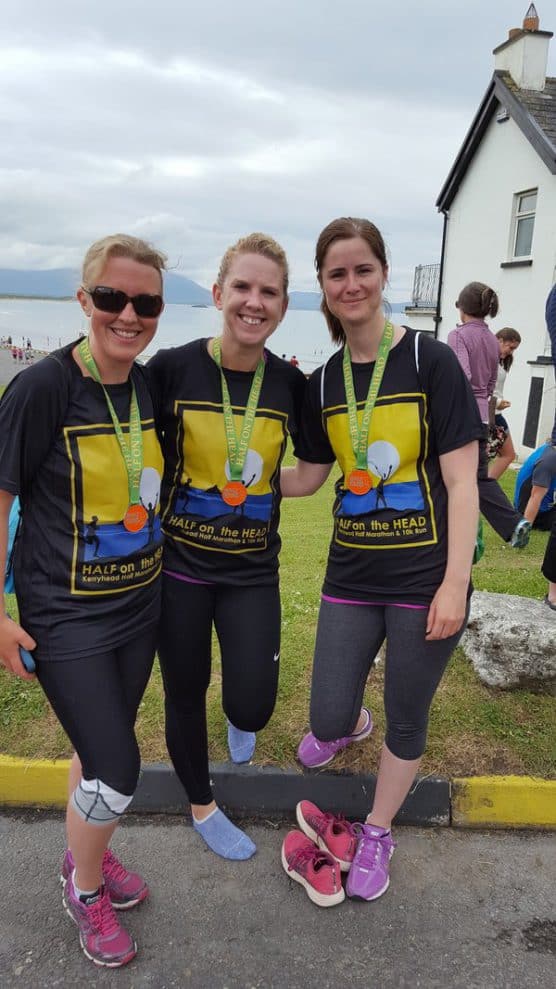 All photos courtesy Half on the Head

Nestled along the coastline of the Kerry Head Peninsula in southwestern Ireland, the village of Ballyheigue has weather much like nearby Tralee, which generally sees its second- or third-warmest weather of the year in June. Rainfall is always a possibility here.

See the race route map for the Half on the Head Half Marathon here.

To reserve your spot in the 2020 running of Ballyheigue’s Half on the Head Half Marathon or 10K race, register online here.

Ever run in the Half on the Head? Share your impressions here, as well as anything you learned about the race that you think other runners/walkers should know.