Note: A virtual option is available for this event, to be run anytime from September 17 to September 26. Registration details are included below.

Nestled in the heart of Kentucky’s bluegrass country — at the midpoint of the railroad line between the cities of Lexington and Frankfort — Midway hosts the Iron Horse Half Marathon along a route that shows off the rolling green hills of its thoroughbred horse farms and rural countryside.

Designed as a benefit for the Woodford Humane Society and the City of Midway, the race follows what is basically an out-and-back course that starts and finishes in downtown Midway, though the race finish will take place a few blocks from the starting line, which lies at the intersection of Stephens Street and South Brand Street.

From the start, runners first head southeast along Stephens past the campus of Midway College until they meet up with Weisenberger Mill Road, which they follow for roughly the next three miles.

The route rises about 100 feet in elevation over the course of the first mile and a half or so, a change that’s followed by an equal downhill descent on the way back toward Midway from the turnaround point, near the bend in the river just off Weisenberger Mill Road.

Runners remain on Spring Station as it turns first left and then right, followed by a long, straightaway stretch for about the next mile and a half until the turnaround point, just before runners reach Woodlake Road.

The route then brings runners back in the opposite direction along Spring Station Road toward downtown Midway, to the finish line just off Turner Street.

Though runners should expect rolling hills along the country roads outside Midway, the elevation changes are not overly severe, as the overall course elevation change is just over 100 feet.

Participants also are expected to keep at least a 14-minute-per-mile pace, organizers note, so both runners and walkers are welcome as long as they can maintain that pace or better. 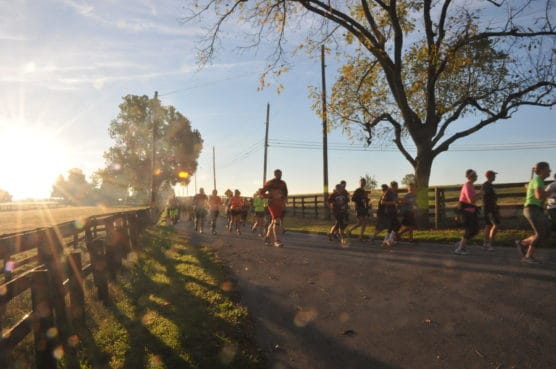 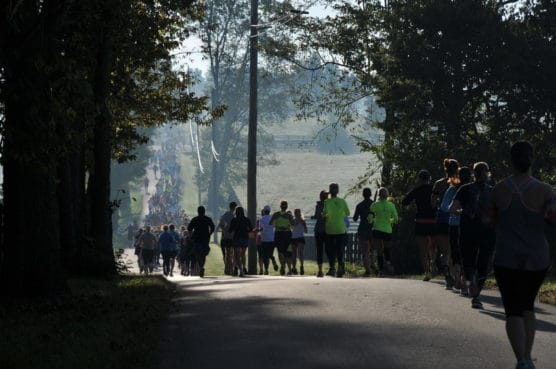 Located in the central northern part of the state, roughly 15 miles northwest of Lexington, Midway typically experiences mild to moderately warm weather in the early fall, as September has brought record temperatures here as low as 32°F (in 1899) and as high as 103°F (in 1954).

See the race route map for the Iron Horse Half Marathon here.

To reserve your spot in the 2022 running of the Iron Horse Half Marathon, register online at RunSignUp.com here.

Ever run in the Iron Horse Half Marathon? Share your impressions here, or post your review in the Comments below.