Mostly flat and beautifully scenic thanks to the trails, parks and waterfront of its popular Back Bay area, Portland’s Gorham Savings Bank Maine Marathon, Half Marathon and Marathon Relay makes its 22nd annual running this year.

Runners in all three races follow an out-and-back course that starts and finishes along the southern end of the Back Cove, the inner bay area near downtown Portland that’s a popular spot for running, walking and biking thanks to the paved trails that hug the shoreline virtually the entire way around.

The race starts just off Forest Avenue and Preble Street, and from there heads clockwise around the cove through what’s known as the Back Bay region, where scenic homes look out onto the water and runners will pass through Payson Park and along Baxter Avenue on the way out to the Martin Point Bridge.

Once they’re over the bridge — and with the exception of some barely noticeable elevation changes, the course is mostly flat for the first few miles — the course looks out onto Mackworth Island from Mackworth Point on Falmouth.

Runners can expect to hit the only real hills along the half marathon route after passing the mile 5 marker, where the course takes runners from the Portland Country Club and Pine Grove Cemetery to the turnaround point just south of the Falmouth Forest Preserve.

After that, the course brings runners back along the route they’ve just run, back over the bridge and into Portland for the final few miles.

There’s a detour between miles 10 and 11 onto Sherwood Street, followed by a quick run through Payson Park that puts the field back onto the trails that wind around the Back Cove, all the way back to the starting line area for the race finish. 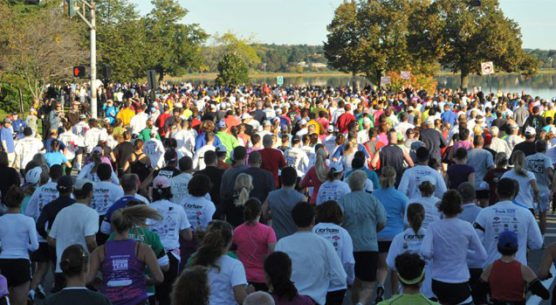 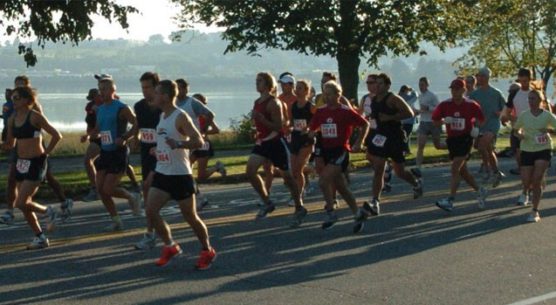 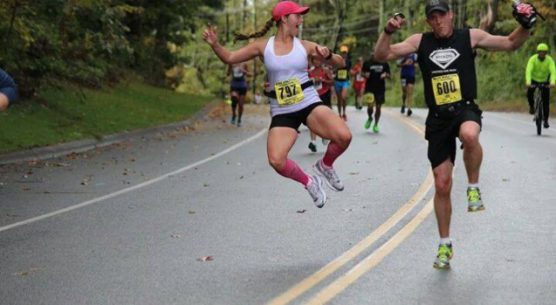 Located along the Back Cove off Casco Bay in southwestern Maine, about 55 miles southwest of Augusta and roughly 100 miles northeast of Boston, Mass., Portland typically sees mild weather in October, which has brought record temperatures here as low as 15°F (in 1976) and as high as 88°F (in 1963).

See the race route map for the Maine Half Marathon here.

To reserve your spot in the 2019 running of the Gorham Savings Bank Maine Marathon, Half Marathon or Relay race, register online at RunSignUp.com here.

Ever run in the Maine Half Marathon? Share your impressions here, or post your review in the Comments below.